Cratejoy VS Shopify VS Subbly: Battle of Subscription Box Platforms

With subscription box businesses literally booming worldwide, the battle of the platforms and solutions empowering those enterprises is also heating up. 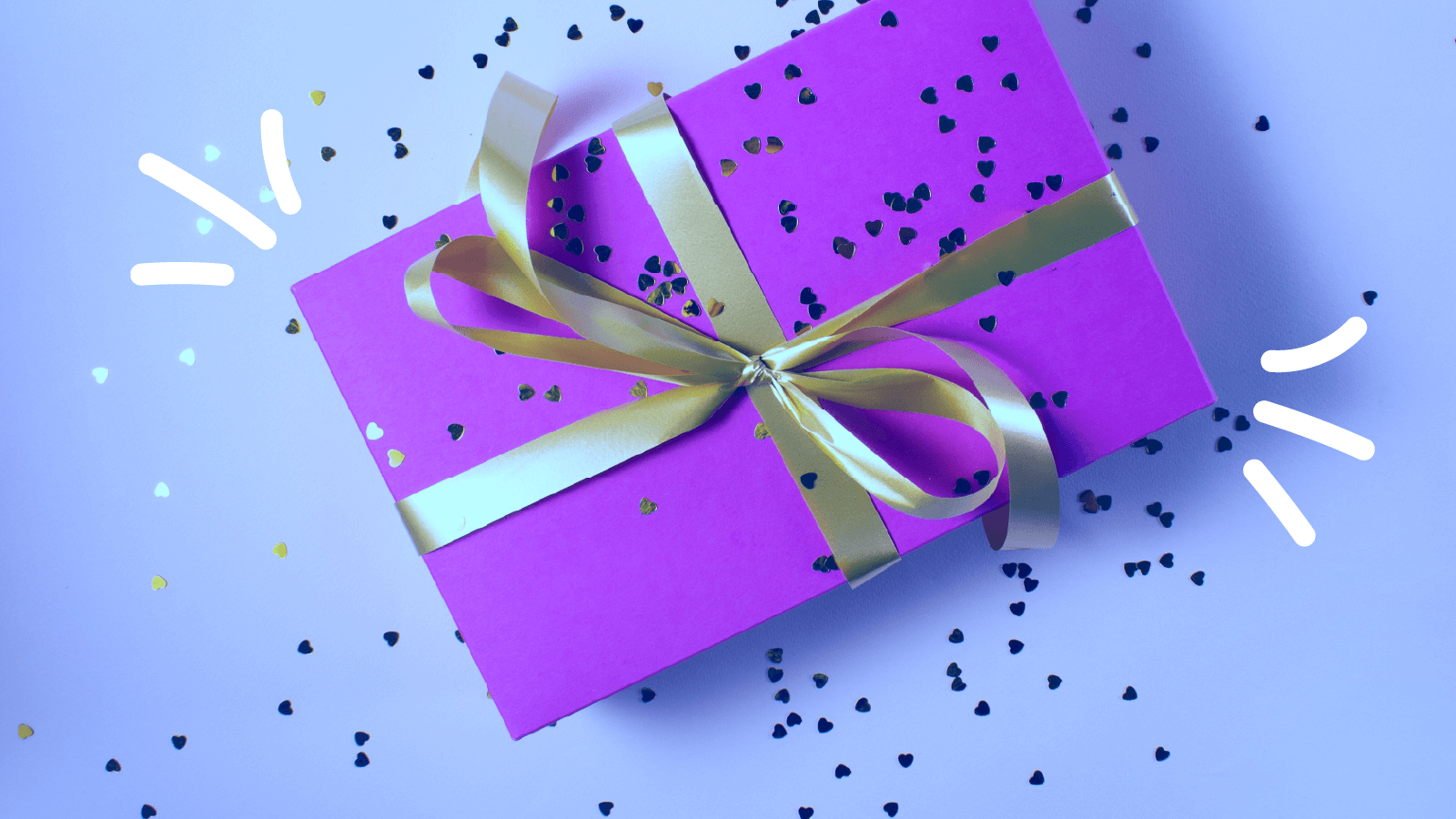 Choosing a platform that will feel right for your business and providing everything needed for you to lift your business off the ground and scale it at a later date is of utmost importance.

I’m planning on starting my very own subscription box, but I’m still undecided on the product I will sell. But you can thank me later, as I did the hard work for you by doing some research and took advantage of the free trials all three of these platforms offer to get familiar with all the pros and cons of each of them. It was a pleasant (and turbulent) ride. And this is what I found out:

As one of the pioneers in the e-commerce world today, Shopify has been around since 2004. A massive community around it has been built throughout time and made it to the point where it’s literally impossible for someone not to find what they need on Shopify’s enormous App Store.

It’s really not that easy to break down the pricing structure for running a subscription box business on Shopify, keeping in mind the complexity of their product and possible integrations that can drive the price of running your store up depending on what you’re using.

However, the basic price for creating an account (and standard eCommerce store) on Shopify is $29 fixed, with transaction fees of 2.9% and extra 30 cents for every sale conducted through their site and own built-in gateway. This is for basic features needed to run the store without some advanced capabilities like cart abandonment or creating coupon giveaway campaigns.

Brace yourselves because here comes the tricky part. To run your subscription box business on this platform, you will need to integrate with one of the recurring billing plugins. With Bold and ReCharge most widely used, this drives the Shopify platform’s cost to an additional $19 a month and a 1% transaction fee taken on behalf of these plugins.

Adding that all up, the entry price for running your subscription store on Shopify (either opting for Bold or ReCharge) would then be $49 fixed plus a 1% transaction fee.

On-boarding on Shopify is pretty straightforward but, due to the numerous integrations you’d likely need to implement into it for your sub box, it can become quite fiddly for not-so-advanced and tech-savvy users.

Predefined themes are widely used, but their converting capabilities to stores that rely on subscription-based products are also questionable. Opting for custom design at this stage means spending even more money.

Coming up next, two platforms that are dubbed as an all-in-one and the easiest solutions if you appreciate the simple setup and lifting your subscription-based business off the ground as quickly as possible.

Cratejoy is a VC-backed company based in Austin, Texas. They’ve been in business since 2013 and are perhaps most famous for their introduction of the Cratejoy marketplace – a quick and painless way of bringing traffic to your newly created store.

Cratejoy’s all-in-one pricing option stands at $39 a month fixed, accompanied by 1.25% and $.10 of every sale that goes through your store. However, if you decide to give their marketplace a try and you start getting your subscribers through the Cratejoy marketplace – transaction fees rise to a rather steep 11.25% and $.10 for every sale made through their marketplace lifetime (these transaction fees will deduct for as long as your customer is using your service).

Being subscription box business-oriented, Cratejoy has a really straightforward setup. You are truly only half an hour away from the moment you decide to have a store to actually having one.

Cratejoy supports a decent number of integrations and marketing options that can boost your revenue looking long-term (some of them free, some of them not), and a fair number of theme templates to choose from when designing your store. Finally, the HTML editor is unlocked, and you can add or remove sections and further customize your store’s look.

There are a few drawbacks in terms of Cratejoy’s capabilities worth mentioning. Limiting their users to only monthly shipping and billing intervals will enable lots of merchants to run their stores on the Cratejoy platform. Anyone who wants to offer his/her product on a weekly, bi-monthly, quarterly, or maybe annual basis will have to look elsewhere.

Finally, platform lock-in is strong with this one, as Cratejoy makes it nearly impossible to migrate your business elsewhere once you have your customers coming from the Cratejoy marketplace, which is understandable in a way due to the subscription aspect. Still, it really can’t be considered as fair-play.

Youngest and perhaps the smallest competitor in the subscription business realm, Subbly is Stefan Pretty’s brainchild from Scotland. The company was founded in 2013 and has to date remained bootstrapped and very customer focused throughout, and they’re clearly proud of that.

Three pricing tiers currently available on the platform. However, very unclear about what are the differences between those three in terms of features. Transaction fee difference is worth noting (which is very important for scaling of customer’s businesses), however the only feature worth noting that’s available on higher paying tiers and not on the basic one is the possibility of white labeling the product. I’m not entirely sure if it’s worth the extra cost for that though, but I guess it’s good they have the option.

If we go for the lowest paying tier, it stands at $29 a month and 2% transaction fees (all features included, apart from white labeling). Pretty reasonable…

Unlike Shopify, the onboarding campaign on Subbly is very pleasant experience and is indeed something that can be done by literally anyone, putting aside the age and level of computer literacy of an individual.

Everything you need to get up and running is there – shipping and payment processor integrations (Stripe is the preferred processor throughout all 3 subscription platforms), nice looking themes catered towards subscription box business owners, and support that’s always online (and you’re able to chat or even jump on the phone call with their agent).

Subbly’s survey builder feature accompanied by different billing and shipping intervals supported makes their solution very versatile and flexible in the terms of creating business model that will work best for you and your business. Also, this makes upselling possibilities on the checkout a breeze, and your customers can customize their box the way they like it.

Their App Store is in its infant stages really but the team at Subbly seem to be very proactive and willing to listen from their customers, even giving them the possibility to submit feature request for the others to vote on – I like that. They seem focused on building a community and growing their business along with their customers.

Weighing all pros and cons of the options discussed above, we can say that either one of the platforms in question may be the right for you, depending on what you really need from your subscription platform.

For instance, Shopify might be a burdensome and a bit pricey solution at the very start. Still, looking long-term, lots of integrations and scalability may result in your business exploding and reaching highs you won’t imagine were previously reachable if you sticked to the marketplace route.

As for Cratejoy, this is a solid all-in-one solution with really all the features needed readily implemented to start your business. However, a high cost of using their marketplace may hinder your growth possibilities to a great extent going forward. A really great starting point for those with low marketing knowledge or budget, but then migrating away later seems considerably hard when you get past those early stages.

Subbly enters the show via backdoor and walks up to the stage as a slight underdog at this moment. But, looking at what they have to offer and considering their appetite and hunger for growth, Subbly may easily become the No.1 solution for subscription businesses in a short period of time. Exceptional customer support and a hands-on approach to handling their customers problems and listening to their needs is what may help those who are currently on the fence decide. Plus, everything you need to run your business unobtrusively is already there on Subbly. You do need to perform your own marketing, however, don’t all businesses?