The idea behind the ‘2 pizza rule’ actually makes sense, even today

Have you ever started watching a TV series that looked great on paper but ended up having so many different storylines that you honestly couldn’t keep up? At first, it seemed like it had a diverse cast with an array of experiences, so you thought you’d definitely find one character to identify with. And having more people on the screen meant that you’d get to witness so many more interesting interactions. But in reality, there was just too much going on. And those five to seven characters that you actually find interesting don’t get enough screen-time to make it worth your while to watch the show. 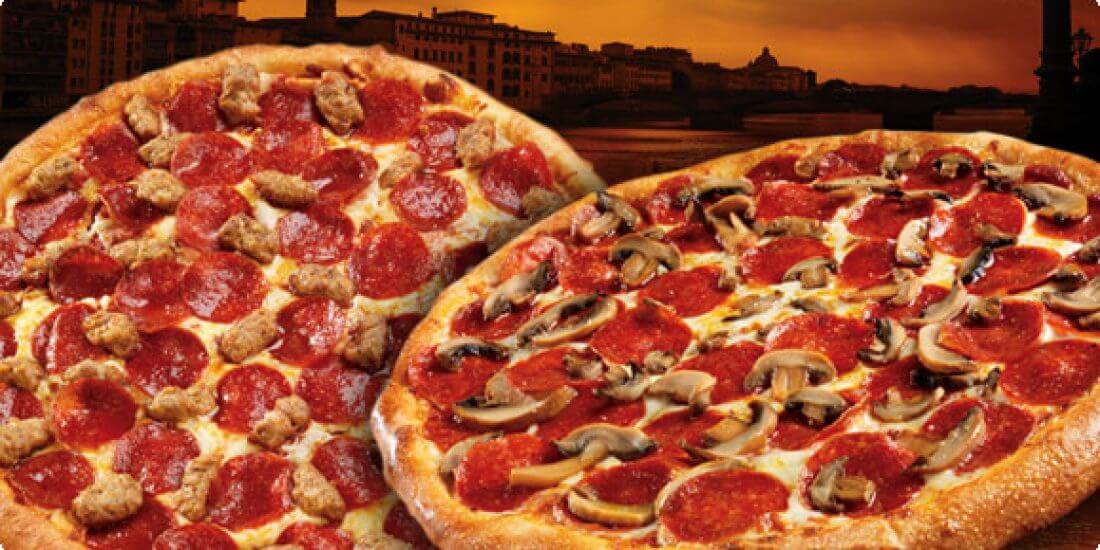 Even if you personally haven’t experienced the above, it’s a good analogy for what we’re about to discuss today: the number of people who should be in any given meeting at any given time. Like on a TV show, having too many people in one room confuses things, making it difficult to connect with individuals and make hearing certain voices harder than if you were in a room with five to seven people.

So, read on for what to keep in mind when deciding who to invite, whether you’re heading for the conference room or booking hourly meeting rooms in NYC for an offsite creative session or client strategy meeting.

Article Summary Show
It all comes down to the two-pizza rule.
Why it’s harder to coordinate a larger group of people.
Motivation falls by the wayside in large groups.
The more people, the less support each person receives

It all comes down to the two-pizza rule.

Jeff Bezos, the founder of Amazon, famously came up with the “two pizza rule” many years ago when Amazon was still starting up, and it continues to make sense today. Essentially, the rule is pretty simple: only include as many people in a meeting as you can feed with two pizzas. Any more than that and productivity levels may suffer.

Here’s the thing, when you have too many people in one meeting, three things happen that hinder productivity: it’s harder to coordinate, it’s more difficult to motivate, and the people in the room lose support.

Why it’s harder to coordinate a larger group of people.

The more people there are in a room, the less they can connect. Think about it this way: if there are 19 people in a room and you’re all set to come up with a solution to a problem your business is facing, you’re not going to hear every person’s perspective. And if you can do that, you won’t have the time or energy to take an in-depth look at each idea. Therefore, the person facilitating the meeting is going to have to perform practical magic to coordinate the meeting so that the best ideas come out and people can agree on a way forward by the time the meeting is over.

Sure, the more people there are in a room, the more likely there will be many ideas. But coordinating those ideas into solid solutions and actionable goals is going to be difficult. If you have a smaller group of people, you’ll be able to have more discussion and less raising of hands.

Motivation falls by the wayside in large groups.

It’s easy to get lost in a crowd. The more people there are, the less personal responsibility meeting attendees will feel. And a lack of personal responsibility directly leads to lower levels of motivation. If no one notices if someone isn’t taking part in the discussion, they’re less likely to feel like they should be contributing. When too many people are expected to collaborate, fewer people feel the need to work. It’s not immediately noticeable if they stay silent, and if they do want to say something, it’s actually more difficult when there are too many voices trying to be heard.

If you put six people in a meeting room and give them a goal, for example, coming up with a name for a new product, each person will be held accountable if that goal isn’t reached. Those who did the work will point to those who sat there in silence and hold them accountable because the goal wasn’t reached. Personal accountability leads to motivation, and the larger the group, the fewer people are held accountable for their actions or lack thereof.

The more people, the less support each person receives

In a smaller group, each person is easily able to communicate with one another. This means that when one person needs help, whether it be technical assistance or clarification on a project’s goal, they, firstly, know who to speak to and, secondly, can do so quickly and efficiently. It’s also easier for a meeting facilitator or team lead to see who in the room needs support or encouragement.

When there is a large group of people, it can be difficult for each person to know who exactly is an expert at what. They may have to ask a few people before they find the right person to answer their questions. This takes time and robs everyone in the room of productivity. The fewer people there are, the easier it is for them to offer each other support.

So, when you’re next organizing a project kick-off meeting or a strategy session to bring new clients on board, make sure you can feed everyone without having to order more than two pizzas from Lombardi’s.