Quality and the Lemon Automobile

In America, we salute quantity and pay lip service to quality. When manufacturers want to brag, they cite numbers of units produced, tons of ore mined, miles of cable laid, or millions of books sold. People involved in high production get gold-plated plaques, vacations in Las Vegas, and outrageous bonuses. Where is quality management while this is happening? Fighting with production supervisors to maintain standards, trying to get the budget to buy inspection tools, and getting people to attend manufacturing and process improvement classes. The quality supervisor buys quality award certificates from Office Depot and fills them in himself. 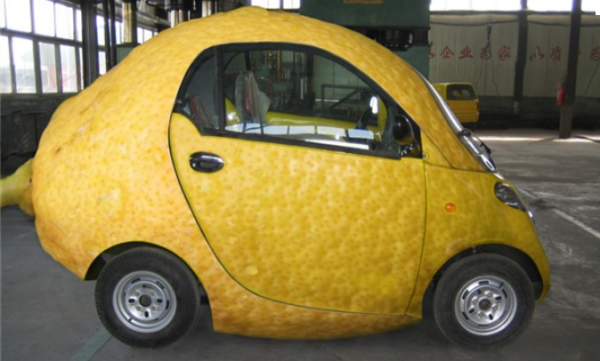 The quantity has high sociological value. Producing lots of anything shows you have the “right corporate stuff.” We give high production admiration and handsomely reward those who deliver the goods.

Quality is acknowledged as a good thing, but we expect to pay dearly for it, and management is secretly willing to sacrifice quality to get better production numbers. We sneered at German manufacturing and their devotion to quality. And why not, in a long war we proved decisively that quantity could defeat quality. We out-produced them at every turn and won a great victory. When a person or group succeeds in a great endeavor, that event can become a measuring stick for all similar future activities. It is, of course, poor reasoning at best. Yesterday’s solution is seldom appropriate for today’s problems.

In years gone by, if you were successful in life, made some money, you bought a quality German automobile. You told all your pals how well it was put together, how long it lasted. It isn’t true anymore. J. D. Power and Associates rate Mercedes automobiles as a little below average compared to other automobiles. Something changed. Quality is what changed.

Article Summary Show
READ MORE :
Quantity: Hail to thee, the yardstick of real success in America and the world.
Here’s another verse on the theme of this article.

Quantity: Hail to thee, the yardstick of real success in America and the world.

What is quality? Go to your bookstore and check the section on quality. It’s big. A lot of smart people have had a lot to say about it. And still, it plays second fiddle to quantity. It seems so simple.

Here’s an absolute truism. It’s costly to enough to say it. Those involved in the world of production have to learn it, absorb it, have it become as much a part of their lives as knowing how to drive their car.

“Like the frog that will sit in a pot of water and let itself be slowly boiled to death, we are very good at reacting to immediate danger to our survival, but we are destitute at recognizing gradual threats.” — Peter Senge

Downplaying the value of rigorous quality programs has gradual but inevitable effects. How long did it take Mercedes to go from a premier automobile manufacturer to just average? Roughly ten years. It’s expensive to ignore or downplay quality.

The following describes some of the costs associated with manufacturing a defective automobile:

– The design cost big bucks. The manufacturer wants that investment returned. This is a manufacturer expense.

– The manufacturer made lots of automobiles according to that design. Each cost a lot of money to build. This is a manufacturer expense.

– Manufacturers ship the automobiles and trucks to dealerships. The manufacturer sets aside money to pay for warranty repairs. This is a manufacturer expense.

– Some of the vehicles shipped are lemons. This is inevitable.

– Consumers buy the vehicles. The manufacturers make money for a change.

– Consumers are outraged. They retain counsel, and the manufacturers either end up returning the consumer’s money or replacing their vehicle with a new vehicle. This is a manufacturer expense.

– Manufacturers have to pay for numerous warranty repairs. This is a manufacturer expense.

– Manufacturers contend with lemon law attorneys and have large legal expenses and bad public relations. This is a manufacturer expense.

– Some lemon defects are subject to massive recalls. This can be a huge expense to the manufacturer.

– Manufacturers become part of huge lemon laundering schemes. They lose serious money, and it is more bad public relations. This is a manufacturer expense.

There’s not much light at the end of this particular tunnel. There isn’t much light in there. However, a focus on the quality of service and product would certainly put some light in that dark tunnel.

When accountants do the numbers, so many intangible things are overlooked. What looks like a fine bottom line in one moment is an utter failure a year down the road. The business-driven entirely by the quarterly is always destructive in the long run.

Here’s another verse on the theme of this article.

“Defects are not free. Somebody makes them & gets paid for making them.” Anonymous

Lest you think it is not good, it isn’t. Some manufacturers make real efforts to create quality products and services. But there is a Catch-22 waiting in the weeds, and it is a tough one. As we stated in an earlier article when talking about the modern automobile’s complexity, what can one do when the average vehicle has 10,000 to 15,000 parts? The chances that something will go wrong, that lemon vehicles in large numbers will be produced, increases exponentially. But Lexus and Infinity seem to have solved the quality problem, so manufacturers are not really stuck in this Catch-22.

In the war between quality and the bottom line, the bottom line always wins out. Promotions aren’t passed out when people improve quality and sustain these improvements. The young executive fresh from Wharton or Harvard has a plan, and that plan is a promotion. He or she has been taught shortsightedness in school and by our peculiar marketplace. There is no incentive to plan for quality on a long-term basis for years. But, there is every incentive to increase production and sales.

One of the results of this battle is more and more lemon vehicles on our highways. Until manufacturers become convinced that it’s cheaper to build quality vehicles than building more vehicles and hide the defects, the current situation is not likely to change. So far, the accountants have the upper hand, just as they did in the ’60s when Ford Pintos were exploding all over the roads of America.

Top Trending Auto Brands: The Hottest Makes and Models for 2017

4 Maintenance Tips for Keeping Your Car in Shape

Why It Is Important To Check Used Vehicle Before Buying It

5 reasons why you should switch to an electric car