Is a Free VPN Safe to Use?

There’s nothing in this world that is free to use. There’s always a catch behind free services or free giveaways. The question is whether that “hidden purpose” would harm you in some way or the other or not.

Similarly, free can be a misleading term when it comes to virtual private network service providers. After all, no one can provide you a premium-level service without charging a cost that they would be used to maintain that service. 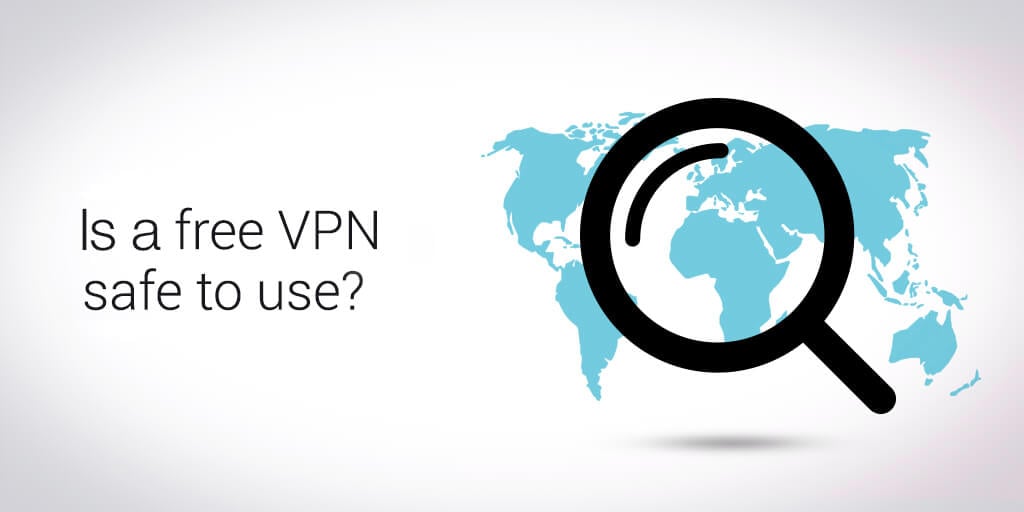 There can be dozens of things that could be going wrong behind that “free service.” For starters, they could be logging your data and selling it to the highest bidders. Or, they might be allowing malicious third-parties to spy on your activities and, thus, breaching your online privacy.

In fact, according to a study by The Commonwealth Scientific and Industrial Research Organisation (CSIRO), out of 283 surveyed Android VPN services, 38% of apps had malware.

Anyway, we’ve created this blog to discuss the dangers of free services and which VPN is the best for reliability and performance.

Why Users Attract to Free VPNs?

VPNs come with the inherent ability to encrypt users’ data and, as a result, prevent the data from falling into the wrong hands.

Security, however, isn’t the only forte of a virtual private network. The service is also popularly used for IP spoofing and unblocking purposes as well. Internet users tend to use this service as a last resort to bypass geo-restrictions and online censorships.

Using anonymous IP addresses provided by the VPN service, users can instantly unblock the content in their region while keeping their real IP completely hidden.

Since a major chunk of the VPN users uses the service for unblocking purposes, they search for free VPN providers to get the job done without paying a penny.

Keep in mind that your data is more precious to some people than your money. Such people include marketing agencies, intelligent agencies, people on the dark web, etc.

Let’s learn what else you might be putting in danger while using a free VPN service.

You might be wonder, is PureVPN safe? It is totally safe and reliable because it has promised security and anonymity for over ten years. It boasts state-of-the-art VPN servers and infrastructure. Moreover, they have a well-known reputation in the industry.

PureVPN enjoys 9.5 ratings on Trustpilot. The review website has thousands of positive reviews by users from across the globe. If you check out the feedbacks on TrustPilot, you will find that the VPN provider has received good reviews for its fastest speeds, unblocking, and security features.

CNET also boasts many positive reviews on PureVPN. In fact, the website was also listed in the top 5 VPN services in 2019.

PureVPN speed reviews can tell you a lot about the streaming, downloading, and browsing speeds provided by the virtual private network service. It boasts dedicated servers that allow users to enjoy the best possible speeds. Users can stream high-quality videos on their desired streaming platforms without any buffering. In fact, they can also download torrents and other p2p files at the fastest speeds.

The problem with free VPN services is that they don’t offer much room for server switching. After all, they have only a handful of servers in a handful of countries.

In PureVPN’s case, you get to enjoy good network coverage. You will find VPN servers in over 180 locations across the world. Moreover, the VPN packs 2,000+ VPN servers, which means you have plenty of room to switch between servers and find the most optimal server.

Apart from the regular features, PureVPN offers an awesome set of add-ons. The most popular add-on is the dedicated IP. Any VPN services rarely offer the add-on in the industry. The add-on is available for around $1.99.

Another helpful add-on offered by PureVPN is Port Forwarding. It is a convenient feature that allows users to block and unblock specific or all ports on a network with a single click.

Is PureVPN a good VPN? Indeed, it is!

You may read more about PureVPN reviews on the internet and learn about its different features.

Author Bio: John B Vergara is a Technology enthusiast and cybersecurity analyst from Beaverton; he writes & contributes blogs in his spare time.