The internet we use and have access to be just a portion of what actually exists. There is another side to the web that most of us don’t even know about. This is known as the deep web, and it cannot be accessed by searching through search engines. These sites are deeply linked to each other, and only people who have considerable knowledge about accessing the dark web only can view them. However, some chilling, creepy, and weird deep web stories might terrify people. Let’s have a look at some of the most infamous and notorious ones. 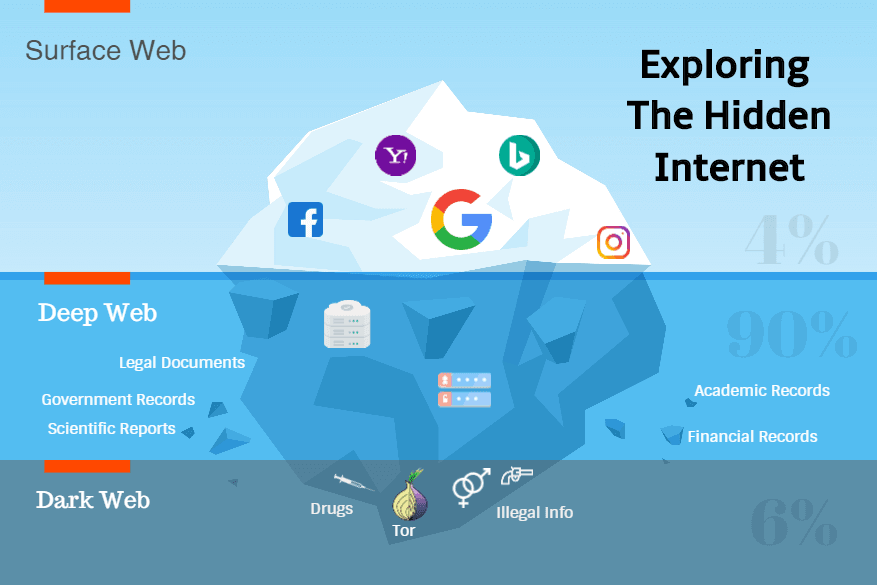 Child abuse is one of the world’s major concerns, and you will find various disturbing deep web stories about child abuse on the deep web, which includes tortures, sexual assaults, and many horrifying things done to innocent children. A user saw a site that lists videos and pictures of child abuse in the worst possible manner.

There are official live streams that conduct sessions on public demand on what assaults shall be performed over children. Many pedophiles indulge in such heinous acts of crime. Since all the users’ identity in the deep web is masked if they use proper precautions, people don’t fear posting illegal things.

If you thought this couldn’t get any worse, some sites upload pictures of dead girls in various circumstances. A huge database of such pictures can be found on such a site, which a user mentioned in a Reddit topic. This site, which the user talks about, has pictures of deceased girls, majorly from 5 to 16. Definitely not meant to be seen by the faint-hearted! There are similar sites that actually kill people and showcase them in pictures, which is more terrible.

Many people reportedly had deep psychological impacts after going to the site and seeing the pictures. Some of the sites were also traced and brought down, but unfortunately, such sites still exist and keep uploading pictures frequently. This is one of the deep web stories that might horrify you.

Pink Meth was one of the creepiest sites that existed on the deep web. It was finally brought down by the legal actions of a girl who was a victim of this site. The website was meant for people who wanted to seek revenge over their ex-girlfriends. The site lets people upload nude pictures of their ex-girlfriends to the site and display them to the world. This led to the humiliation of the girls and invaded their modesty, which was illegal.

In one such incident, a girl decided to take action, and legal counselors to help her out. All her private pictures were uploaded on the site, and she asked the site to be taken down for the betterment of people. She succeeded in her approach and closed the site with her resilience and courage. However, many similar sites continue to exist on the deep web, and you may hear some deep web stories like this soon.

This is among the worst thing that happens in the deep web. Live streams are running across the deep web, which asks people for the assaults or tortures they want to see, and such things are then performed on them. One story narrated by an individual had a girl seated in a chair, and there was a chat option enabled. People had the ability to comment on what they would like to see, and all those terrible actions were then performed on her. The girl’s eyes were gouged, and then she was killed.

Some of the deep web stories say that such torture streams also seem to connect with ISIS who is known to perform such heinous crimes. Some of the streams are also popularly called Red Rooms, which showcase horrifying streams of torture incidents done to people. Many people claim to have visited such sites and could not bear what was shown in the streams.

Most people have read or heard about Silk Road, which became infamous after its founder was arrested and the site was closed down. It was one of the biggest online black markets that sold illegal drugs to people who seek them. All the sellers had to purchase accounts that were auctioned at high prices. After then, these seller accounts were sold for a certain amount of money.

Its notorious founder Ross William Ulbricht was arrested recently and imprisoned for life without any chance of parole. There were various charges against him which were proved, and he was convicted. Until the website was functional, it dealt with banned substances and illegal drugs, which received a huge response from people around the world.

The most popular such site on the deep web is called ‘The Human Experiment.’ True to its name, such horrible experiments are listed on the site that will make you cringe. They have warehouses all over the world where they perform such experiments. Some of the worst things listed on the site include injecting bleach into pregnant women, making people starve for prolonged periods, sterilization, and radiation exposure. You may hear many deep web stories like this.

These are indeed some of the most horrific deep web stories you might have come across. Some feel too creepy to be believable, but these are actual stories narrated by people who have explored the deep web. There are more such chilling experiences by people who have gone into the dark web, a layer below the deep web. If you ever try to stroll into the deep web, make sure you stay safe and avoid indulging in anything indecent.

Benefits Of The Self-Storage Service Providers In Hong Kong

SendPulse: an effective tool for promoting your brand