Yet another movie projecting the horrifying future of the human race. “A Quiet Place” is a movie set in the future year 2020, where we see most of the human race is wiped out from the face of the earth by an invasion of a sightless alien creature having a hypersensitive hearing power. Hollywood has time and again showed us the fate of the human race in many of its future based movies, and “A Quiet Place” is no exception which manages to hold our breath and watch the movie perfectly. It is a gripping monster movie and holds a lot of tension and a little bloodshed. The movie can be said to have done complete justice to its genre – a cocktail of horror, thriller, and sci-fi. All the ingredients have been mixed in the perfect amount, and we get a “nerve-shedder” movie, which makes the audience an active participant in the game of tension. 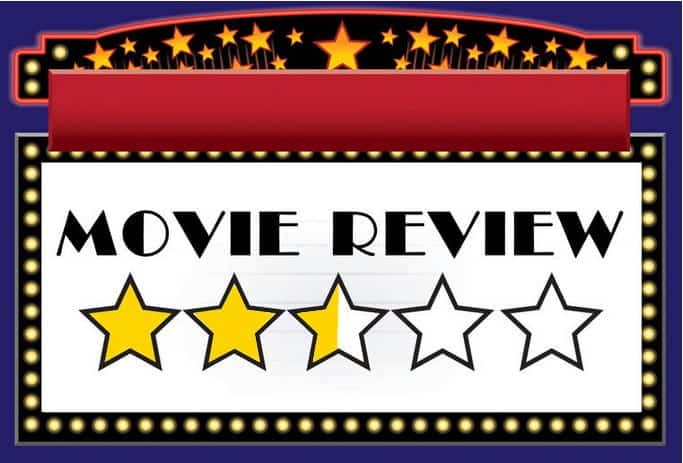 “A Quiet Place” is a 2018 American horror film, directed by John Krasinski, who has also played the lead role in the movie, like Lee. John plays the role opposite to Emily Blunt, who is also his real-life wife. The movie revolves around the Abbot family’s life – husband Lee, wife Evelyn, sons Marcus and Beau, and deaf daughter Regan. The movie’s plot is set in a post-apocalypse world, where most of the human race is wiped out by sightless aliens, aided with super sensitive hearing power and impenetrable armored shell. The family must live their lives in silence and use American Sign language to talk with their deaf daughter Regan and the whole family to survive from the alien creatures that hunt exclusively by sound. The movie is about survival and sticking together as a family. The child actors have given the right justification to their respective parts. Apart from the critic’s review, “A Quiet Place” is certainly a one-time-watch if not watching it multiple times. It is definitely a kind of movie that quickens the heartbeat and plays with the audience’s expectations. In simple words, it is a good horror movie.

The critic’s review of any movie is equally important as that of the reviews of the audience. A movie needs to meet the critics’ expectations to create a mark in the industry. Below are the few critics reviews on the movie “A Quiet Place”;

Times of India – the Times of India has given the movie a 4 star out of 5. The critics say it is an unnerving film and very well captures the audience’s fear and interest. It doesn’t contain useless, cheap horror but engages the movie’s audience by evolving a series of uncomfortable and fearful set of events. John Krasinski has very cleverly played the “fear of the unknown” card by not revealing much about these mysterious creatures and creating an air of suspense. The movie’s casting has been a perfect choice, especially with casting a real deaf actress, Millicent Simmonds, who plays the role of the deaf girl called Regan in the movie. The chemistry between John and Emily (projecting husband and wife) is brilliant. The real-life couple didn’t fail to upkeep the spark between them. Overall, it a good casting, a good story, life, and plot, a good horror movie.

Hindustan Times – Rohan Nahar, a critic of Hindustan Times, has described the movie as “one of the decade’s best horror movies. You will be haunted for days.” The movie has a rare ability to evoke the audiences’ psychological senses and physical ones. As Krasinski’s first horror movie, he has done a wonderful job. The movie has done an excellent job in portraying the raw emotions of a human being. With hardly ten lines being exchanged between the whole cast, the actors have done a wonderful job projecting their emotions. It is one of those movies which deserve to be watched in the theatres.

New York Times – New York Times gives out yet another positive review of “A Quiet Place.” The movie excellently manages to build up the audience’s suspense and, more importantly, manages to hold it. Mr. Krasinski directs with great skill and restraint. He knows his job exactly and makes out a brilliant horror movie. The use of background sounds and the actors’ facial expressions to communicate with each other is bang on point and forces the audience to give them their undivided attention.

Overall, the movie is clearly going to set a benchmark both in the minds of the audience and the critics.

“A Quiet Place” is a must-watch for every horror movie lover. John Krasinski does a perfect justification for the perfect blend of a horror sci-fi movie. The movie is set in the backdrop of the year 2020, where an invasion of the mysterious sightless alien creatures with super sensitive hearing power wipes out most of the human race from the face of the earth. Amongst all this chaos, the movie plot opens with the Abbot family (husband and wife along with their three children – Beau, Marcus, and Regan) makes their way through the ghost town, scavenging through an almost empty story. The family uses American sign language to communicate not only with their deaf daughter Regan but also for the rest of the family. With the approaching sunset, they decide to return to their house. On the way back, Beau powers on his space shuttle toy, which he had taken from the store, and soon enough was seized by an alien creature and was killed before his father Lee (John Krasinski) could help him.

The story then leaps of one year. The situation of the family and the surrounding remaining the same, in fact, only worsens to live with the guilt of the death of the Buea. The movie is totally nerve-wracking. Every sound that the family makes ends up with consequences. The Abbot family sticks together and fights through many bone-chilling situations, and escapes the mysterious creatures just by inches. Emily Blunt, who plays the character of Evelyn, wife of Lee, is in an advanced pregnancy stage and eventually gives birth to a way baby boy in a near-death escaping situation from the aliens. With a twist of series of unfortunate and life-risking events, the family eventually finds out a way to kill the sightless alien creatures – with special help from Regan. It is interesting to see the turn of events and the gradual discovery of a way to end the aliens once and for all finally.

The movie for sure will keep you on your feet and will never fail to miss a moment of gasping. Well, maybe most of your time will go in gasping or clenching your teeth together. And, this is exactly what a good horror movie does to you.

This is the first horror movie directed by John Krasinski, and he has done a terrific job in the first one itself. A horror movie is the most difficult one to make after a comedy movie. the smarter and scarier movies know it is not how much you show to the audience, but how little. And, director John Krasinski does the job bang on. He successfully hits the right keynotes and brings out the best of the situation showing the least more to the audience. The audience is constantly engaged in the movie. the tension in the movie is unbearable sometimes. The opening scene, where the family communicates amongst themselves in sign language and facial expression, is a brilliant projection and shows John’s best work as a director. We all know how difficult it is to create a dialogue-less movie, and John has done something similar using the least dialogues amongst the family. The casting of the movie is excellent. All the actors have done a brilliant job in expressing themselves with mere sign language or facial expressions. The casting of an actual deaf actor Millicent Simmonds has worked wonders for the film.

As the movie has the least number of dialogues exchanged between the family in the entire movie, the background sound and the music crop up to utmost importance. The crew avoided noise on the sets so that the diegetic sounds could be recorded. Then again, John didn’t want it to be a silent film, and hence a traditional music score was also added. Erik Aadahl and Ethan Van Der Ryn worked as the sound editors. Composer Marco Beltrami provided the music to the sound editors so that it wouldn’t interfere with the sound design of the film throughout.

The movie was released on 6th April 2018 and has been able to bag in good reviews for itself.  The movie is made with a budget of 17 million US dollars, and yet “A Quiet Place” made a roaring opening at the box office with a whopping 50 million US dollars in the box office on the very first week. The movie earned another 32 million in the second week and has certainly made a record in horror movies’ history. As a whole, the movie certainly, definitely a one time watch and a “must watch” for all those horror and thriller fans. So, catch the movie in the theaters near you at the earliest. Before booking, look for “TicketNew movie Offers” in sites that can provide you with exciting discount coupons, cash-backs, or more. Oh, and don’t forget to dig into your favorite tub of popcorns, better still than digging in your partner’s arm while experiencing the unbearable suspense and horror!

A Brief Talk on Skins

4 Signs You Need To Find A New IT Support Company

How To Get Your Social Security Card Fast