DUI is the most common case in every country and is also taken no matter very seriously if any damage has been caused by it or not. It is very risky not only for other people but also for the ones who are doing it.

There are different kinds of DUI defenses that work in the court. Understanding the different defenses that can save one from this case is very complex and requires years of education, experience, and training to challenge such a complex case. One must have complete knowledge about the drugs; it’s working on the human body and their effects. Understanding the chemicals and their reactions to the body is one of the most important things in this. 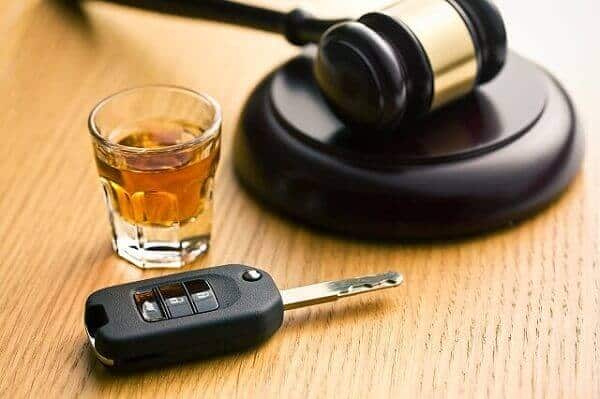 An attorney needs to have a working knowledge of biology, chemistry, physics, maths, and physiology to completely understand the case and all its aspects before making any move and confirm that the tests and their results were reliable and accurate.

Field Sobriety Testing is one of the main tests in which the officers often make mistakes and do not evaluate the person properly; if the attorney is experienced enough and comes to know about one mistake made by the officer at any point, he can then challenge the results and can prove the victim innocent.

The gender difference and a lot of other differences among different people can make them react differently to these tests and affect their results.

If the samples are taken after you’ve stopped driving, there are higher chances that the blood still has alcohol traces while you were sober at the time of driving. This is called “Rising Blood Alcohol Defence.”

There are many ways to challenge the tests taken and their results. Some of them are enlisted below:

Women absorb alcohol faster than men as they have more fat tissues and fewer water molecules in their bodies than men, and these are not easily penetrated by alcohol.

It affects them more than a male body as less of it is converted into acetate, and most of it gets absorbed into the cells, both inner and outer.

A normal breath test analyzer cannot identify if a woman is under the influence of alcohol or not, as those analyzers were made to test the lungs of a normal human male. And as the system works differently for women and men, those testers cannot properly identify the woman’s alcohol level. The Breathalyzer reads at a high rate and does not show proper results when used on a woman. Officers are trained mainly for men, and they all lack experience when it comes to testing women and their alcohol levels. Even an officer who has many arrests under his belt would still lack what it needs to test a woman.

Field tests do not work properly on women either. These were also designed mainly for men and to test if they are under any influence or not, and they can not accurately identify if a woman is under any or not.

The Walk and Turn Field Sobriety Test is the same for both men and women, but the results are different as a women’s body is different from a male’s, and their gestures are too.

A woman who has gone through childbirth had one too many physiological changes. Her hips got wider, and many things in her body changed, making it difficult for women after childbirth to walk in heels or on their toes. Alcohol tests require these types of tests too. It has been proven many times in the court that a woman can have issues sin walking on her toes and reacting differently on all these physiological tests even if she is not under the influence of any alcohol.

All these can help a woman challenge her court results and get rid of the case without jail or fines.

The blood tests can be challenged if you don’t feel like they took the right samples or feel like they violated some other rules or laws. An attorney would then go through all your samples and results and challenge those results for you.

A retest of your blood samples can be performed independently at other labs. They take the same sample of your blood, which was taken at the time of the incident, and first check if the container in which the sample was taken had any previous traces of anything. The next thing they look for is other elements present in the blood, which could falsely indicate the alcohol while there is none, and, finally, see if the percent of the alcohol given in the lab results was accurate. Most of the time, the lab results show more percent of alcohol than there is. If this doesn’t save you from the punishment, it can at least decrease it.

Drawing blood out of the body after the refusal and forcefully can also result in one strong point in your favor. You can claim your dutiful rights, and the attorneys can then see if the blood was drawn out of you lawfully or not, and if not, the case can then again take a turn as it is not allowed to inject a pin in you and take your blood without your permission and violates any laws.

If the blood was drawn unlawfully or wasn’t drawn within the 3 hours of consumption or was mishandled, you can claim the results to be wrong and easily stop the prosecutor from even submitting the results in the court.

Many people think that after the results have been taken and tests have been presented, nothing can be done. They are wrong as there are many ways to challenge these results and get your way with the case.

It is important that you were arrested properly and lawfully. Many officers make arrest warrants without properly judging you and taking your blood samples unlawfully. Another consequence can be that they misdirect you on how to perform the field sobriety tests or misjudge you based on them. If your arrest was unlawful, or the officer arrested you without any proper evidence, there is a high chance that your whole case would get closed, and there would be then no consequences of it after.

For this, the attorney needs to go through all the video and audio clips thoroughly and read the warrant carefully. If any of the mistakes are found in issuing the warrant, video, or audio clips, your whole case could end, and you would win it.

The arresting officer needs to give you an option to go for the breathing test or the blood test. If you were not given an option and the blood was drawn out of you without your proper consent, it violates your rights and can be a strong point in your favor. Some of the cases might require both blood and breathing test if the person seems to be under the influence of both drugs and alcohol. Even in rare cases, if you are under some medication or have a situation, you might even be asked for a urine test, but that rarely happens.

There might be times when officers recommend the blood tests as they are more reliable and their results are more accurate. Still, if they tr force you, you can tell your Orange County DUI Lawyer about it, which can turn the case as the human rights violation is not allowed under any cases.

Many attorneys claim to be the best in these cases, but these are somehow a lot of sensitive cases, and If not handled with care, they can always turn against you.

The best attorneys in California

Some of the best attorneys in California are: