Is Voice Search the Next Big Thing for Marketing?

By Arielle Scott
Article Summary Show
What is Voice Marketing?
Signs voice marketing is the next big thing.
From 2008 to 2016, voice search increased 35x
The comfort factor of people using voice search in public has increased.
In U.S. homes, there are over 45 million voice-assisted devices.
Big brands are getting on board and receiving good results.
Almost every industry benefits from its usage.
Voice search is global.
How will voice marketing impact strategy?

What is Voice Marketing?

You’re already a part of the voice search resolution if you’ve ever used Cortana, Alexa, Siri, or Google Assistant. Voice-enabled assistants in your smart speaker or smartphone are powered by Artificial intelligence and are almost as good at recognizing speech as humans. 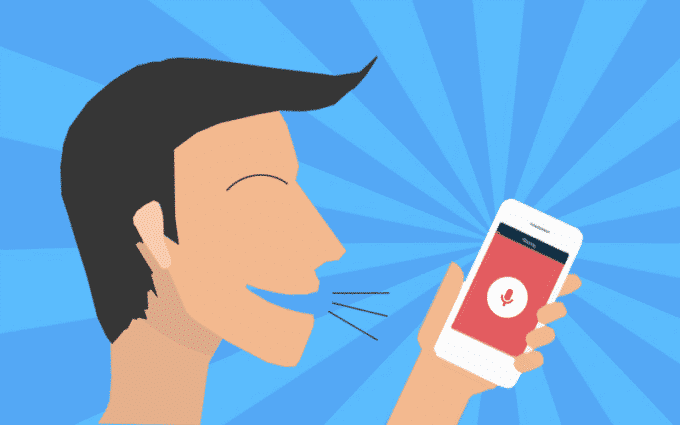 Signs voice marketing is the next big thing.

To keep up with new trends and discoveries is increasingly hard with technology advancing at a breakneck speed. It is important to stay up to date about innovations that may shape the future of your industry. However, you may not always find time to dive deep into the topics. Here are some reasons why we believe voice marketing is the next big thing, and it is every bit worth your attention.

In around eight years, voice search has trended upwards at lightning speeds with a 35-fold increase in users between 2008 and 2016. Since 2010 there has been a 7X surge, hence implying that voice actions have really picked up over the last 4-5 years.

With over half of all searches predicted to be voice-based by 2020, voice search may actually be posing a threat to the old-fashioned touchscreen typing.

The comfort factor of people using voice search in public has increased.

While earlier, those using voice search may have felt strange in a crowd, research shows that people have gradually become more comfortable with the idea of using voice search or talking to artificial intelligence programs on their devices while out in public places.

While voice search is still used more when alone than in public, people are now more willing than before to use voice assistants in public places like malls or the gym. Voice assistants have thus found their way into being a regular part of society.

In U.S. homes, there are over 45 million voice-assisted devices.

The most important environment to use voice assistants is still when people are home alone. The voice search device market is growing at an exponential pace. With over 70% of the market share, Amazon Echo’s Alexa dominates the smart speaker industry; however, Google Home is a top contender. Going by predictions, the number of voice-assisted devices used in homes may rise to around 67 million by 2019. Also on the rise are voice assistants on smartphones.

Big brands are getting on board and receiving good results.

While there are proper times and places to be a leader, to let bigger brands test new technologies first is often a wise idea. Similarly, with Voice Marketing, with bigger brands having tested the waters, there are now voice-marketing campaigns to draw inspiration from.

To coordinate with their Cocktail Lab campaign, Patrons launched an Amazon Echo “voice skill.” Users could browse tequila-infused drinks via their voice-enabled devices while bartenders from over the world crafted cocktails featuring Patron. According to reports by Patron, most users who took advantage of the Cocktail lab came from Amazon echo, and those users spent more time or browsing recipes and the website than most other devices.

Similarly, Tide offers a voice-powered app that helps users remove stains. Voice powered content needs to be useful to be successful since, in this environment, the branding and design don’t matter. With a daily AllergyCast, Zyrtec lets you know the pollen count around you and helps pinpoint what allergens might be causing how you’re feeling. Hence, voice assistants have now become everyday resources for customers that help strengthen your brand connection.

Almost every industry benefits from its usage.

While voice search often seems most relevant for retail companies to help tailor their strategies for local searches, they have infinite uses in various industries, thereby catering to almost every business and industry.

Amazon Echo’s Alexa can complete 1900 standard skills or tasks in demand, while 25000 skills may be ordered to the user’s specific needs. From placing an order at Starbucks to calling an Uber, your commands can be varied.

Hence, voice assistants are expected to be not just an important technology but an integral part of everyday life with the expansive selection of skills available to the users.

The voice search technology is a global phenomenon, though also relevant to your local SEO strategy. At 55%, the adoption rates for voice assistants are higher in India than 46% in the US. Also, Chinese users have higher voice search activity levels than global averages.

The number of languages the voice assistants comprehends and the Voice recognition accuracy are constantly rising across all artificial intelligence programs. Google has expanded its usefulness vastly, compatible with over 100 languages.

How will voice marketing impact strategy?

The question of the impact of the strategy comes with almost every innovation and trend.

Natural language processing and conversational voice queries are among the first shift expected. Also, voice search queries tend to be local and longer than written ones, with people able to speak around 150 words a minute instead of typing 40 words a minute.

How to Choose an Ecommerce Platform to Sell Online

Should You Buy Luxury Watches With Bitcoins?