In recent years the cruise market has exploded. More and more travelers are coming to realize how much freedom cruise holidays truly give. Forget the days of being stuck in one place on holiday; you can now visit multiple destinations, cities, and countries in one cruise trip. 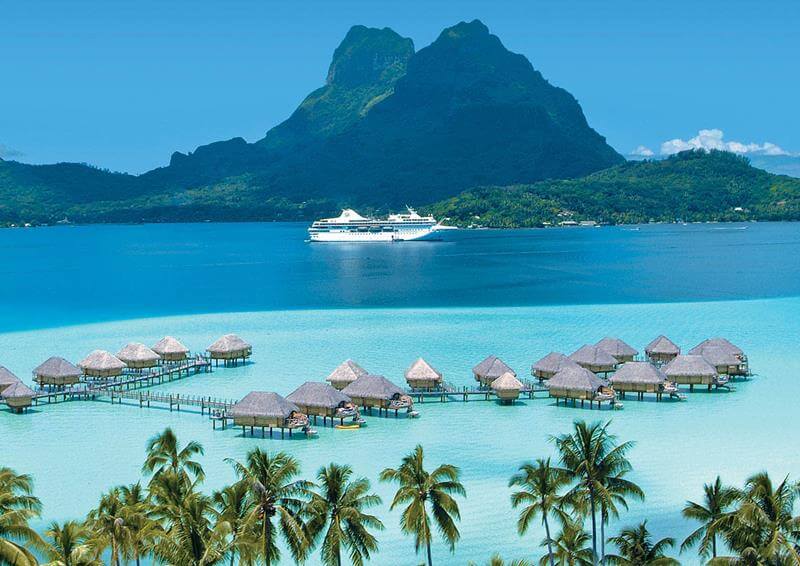 However, even more within the cruise industry, niche markets have begun to materialize – expedition cruising. Forget daily city visits, nightly shows, and relaxing by the pools; expedition cruising is an entirely different beast.

Expedition cruises focus on nature and landscape. They visit some of the most remote regions on earth to give travelers the chance to witness the truly rare and exotic. You’ll have lectures from experts, daily zodiac trips, and shore excursions to find wildlife.

For photographers, wildlife lovers, and adventurers, these expedition cruises tick all the boxes and more. To help you better understand these cruises, I’ve written my top 3 favorites below.

Yep, you can cruise to the North Pole now! Don’t worry if you didn’t know this; very few people do. In fact, there are only 2 trips each year, and it will cost you a minimum of $28,000! For that money, you get to visit one of the most iconic points on earth, a place very few other people can claim to have been.

If you think $28,000 will buy you luxury, though, think again. Your cruise aboard the Russian nuclear-powered icebreaker known as 50 Years Of Victory. Although not a luxurious vessel, she’s one of the most epic ships on earth, with enough power to plow through meters of pack ice. You can hear the ice cracking loudly below you as you power to the North Pole.

Along the way, you’ll also visit Franz Josef Land, where you’ll see polar bears, whales, and plenty of seabirds. You’ll also visit some seriously remote islands, some of which have breathtaking rock formations.

Although most people are aware that you can cruise to the Antarctic Peninsula west side during summer, very few people realize that you can actually cruise the eastern side of the peninsula. If you want to see the famous emperor penguins, then this is your best cruise option.

The emperor penguin essentially embodies Antarctica, yet very few people ever see them due to their remote locations. However, a Weddell Sea cruise itinerary takes passengers as close as you can get to one of their major rookeries known as Snow Hill. If the ice is too thick, then helicopter trips are arranged so travelers can view the colony from above.

Don’t think you’re missing out though, after witnessing these incredible penguins, your cruise then heads for the west side of the peninsula. Here you visit all the major sites that standard Antarctic cruises visit, including Deception Island, Port Lockroy, and the beautiful Lemaire Channel. This cruise doesn’t come cheap, though, and you’ll have to fork out over $10,000 for a basic cabin.

In my opinion, this is one of the greatest cruises on earth. Not only do you sail from beautiful Alaska, home to glaciers and grizzlies, but you also visit one of the most remote places on earth in the form of the Siberian Coastline and Kamchatka region. To top it off, you spend a good deal of time on Wrangel Island – a UNESCO World Heritage Site and home to polar bears, musk ox, and plenty of seabird species. This is a true adventure cruise that will satisfy even the most experienced naturalists and photographers.

You begin in Southern Alaska, where you’ll see plenty of grizzlies, bald eagles, pods of orca, and wild salmon. You then travel across the Bering Strait into an area that has rarely been explored. Until recently, Kamchatka’s region was closed off to foreigners due to ice and even cooler politics.

Thanks to warming on both fronts, you can now sail along this extraordinary coastline, dotted with active volcanos and lush forest. You’ll have the chance to see plenty of brown bears that hunt along the shoreline. From the coastline, you venture further out to sea before reaching Wrangel Island. Known as the polar bear nursery, it’s not uncommon for hundreds of bears to gather on a single whale carcass! The island is packed with wildlife, and each hike you take reveals something new.

Is there another cruise or land-based tour that gives you the chance of seeing three types of bears in one trip? No.

Why is the Blockchain Technology Important?

Why Online Movie Platforms are the Future