Top 3 Cryptocurrencies to Invest in 2019 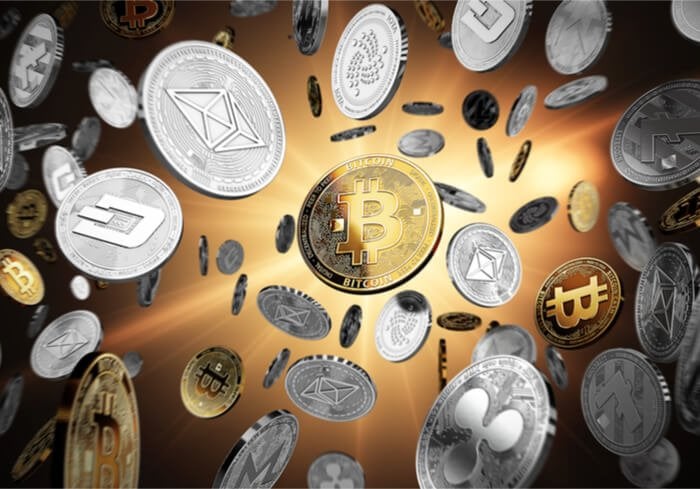 Ever since the inception of bitcoin, more and more people are making money from this entirely-digital currency platform. These digital assets have become popular due to the meteoric rise in Bitcoin prices and other cryptocurrencies in the past. Like the stocks market and other investment platforms, investors are also getting interested in trying their luck in cryptocurrencies. However, this unregulated market is also subject to extreme volatility. This means investing in Bitcoins or other cryptos is highly speculative. Unlike traditional currencies, crypto coins are decentralized and are not controlled by any central bank or financial institution. The digital currencies work on the “blockchain” mechanism where every transaction is recorded in a public ledger using encryption.

Investment is all about knowing where to put your money in to get rich. In 2019, there are good chances of reaching a bull market. But it would help if you always remembered that trading in any cryptocurrency involves risk. So, the best way to minimize that risk is by diversifying your holdings and investing in multiple cryptos. By diversifying your holdings, you get some level of protection even if one currency underperforms. Moreover, before investing, you also need to frame a successful trading strategy.

In the crypto industry, there are several altcoins beside Bitcoin. This means if you’re looking to invest in the crypto market, you need to know which coins have the best chance of generating profit in the future. With that in mind, we have compiled a list of the top 3 most promising cryptocurrencies to invest in for 2019. So, let’s take a look!

Bitcoin always remains the first and the most obvious choice to invest in. As the world’s first cryptocurrency, Bitcoin is still the market leader with 40 percent of the total market share. The price of Bitcoin keeps fluctuating as it had gone from around $76 to as high as $20,000 in December 2017. However, ever since reaching its highest point in December, the price of Bitcoin has been dropping. But despite such volatility, Bitcoin still dominates the cryptocurrency market. In fact, Bitcoin should make up a significant portion of your portfolio because it’s the main trading pair for all other cryptos. Several reasons still make Bitcoin a strong contender in the market. BTC is an open-source project, which means anyone can contribute to it. Moreover, its core development team is constantly engaged in improving the Bitcoin network. Also, this digital currency is listed on every single cryptocurrency exchange. There must be something great about Bitcoin that even Charlie Lee, the founder of Litecoin, had recommended traders to own at least 1 BTC before investing in any other cryptocurrency.

The next most trusted blockchain project in the world is Ethereum. It was launched in July 2015 by Vitalik Buterin, a computer programmer. In 2017, this cryptocurrency grew by about 3000%, and its price skyrocketed close to $1600 on 13 January 2018. With this, Ethereum became the second-largest cryptocurrency, next only to Bitcoin. The coin has caught the attention of crypto developers and has begun to reverse its last year’s losses. ETH is affordable than Bitcoin but costlier than BAT and Ripple. This means as an intermediate coin, buying ETH can help make your portfolio more diverse. Ethereum is even more advanced blockchain technology than bitcoin, which means it can hedge the risks of investing in newer coins.

If you’re looking for the best Cryptocurrency to invest in 2019, then Ripple can be the right option. Ripple is one of the most stable cryptocurrencies in the industry. Ripple sees more than $800 million trading volume in a day as a low-risk investment and the most liquid cryptocurrency. Ripple technology holds the potential to revolutionize the way payments are made. In 2017, Ripple became the best cryptocurrency to invest in as it jumped from just a couple of cents to $2.4. Now, the company behind Ripple is making efforts to make more companies using their technology. With this move, the price of XPR is expected to go up further. In fact, ripple technology is already used by big companies like JP Morgan, American Express, and Saudi Arabia central bank, and MIT accepts Ripple as a legitimate form of payment. With a market capitalization of over $18 billion and nearly 40 billion coins in circulation, XRP is the third-largest coin behind Bitcoin and Ethereum. This makes the XRP coin one of the best cryptocurrency to invest in 2019.