Why Is Soccer The Most Popular Sport In The World?

Whatever the criteria used to measure popularity, soccer ranks as the most popular sport. This is so because it has the most followers who play and watch the game and is the richest sport. But the question arises as to why so many people love the game, and to find the answer, one has to go further and look at the factors that make it so appealing.

Article Summary Show
POPULATION SUPPORT AND THE ECONOMICS OF SOCCER
READ MORE :
THE APPEAL OF SOCCER
Another important factor is that few countries have another viable sport to rival soccer.
All of these factors help to increase the popularity of the game.

POPULATION SUPPORT AND THE ECONOMICS OF SOCCER

Soccer has the largest fan following in the modern world; everyone loves the beautiful game.

According to the Bleacher Report on the Most Popular Sports, soccer is played in 208 countries, and its fan following is first in 93 countries with a combined population of 2 billion. It is in the top 3 sports in 100 countries with 3 billion people. The soccer World Cup is the largest and most lucrative sporting event; for example, in 2006, it had an audience of 26 billion people, and 700 million watched the final game. 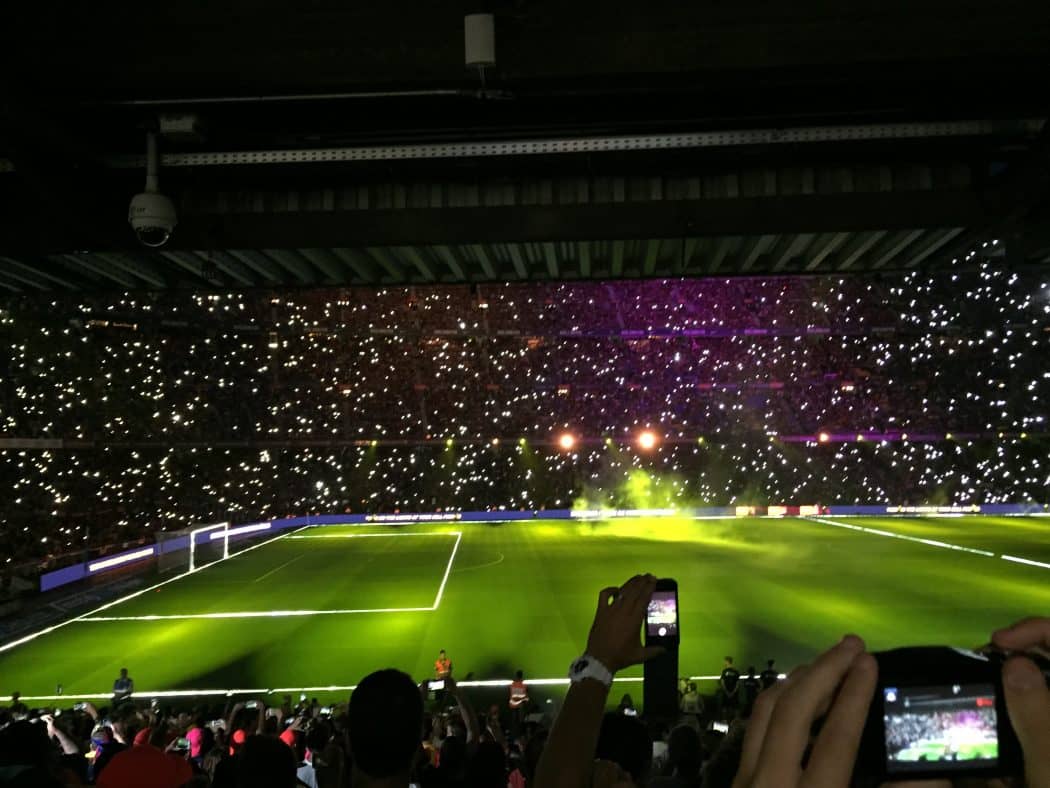 Compare this to cricket (the second most popular sport), which is only played in the British Commonwealth and is the most popular sport in only 20 countries with a population of 1.6 billion. Cricket is in the top 3 sports in only 10 countries with a population of 200 million people. The Cricket World Cup is the second-largest sporting event with an audience of 5 billion, much less than its soccer equivalent.

The economics of soccer tells a similar story. It is easily the richest sport. It has the most fans in the richest continent of Europe, where the leagues have a value of $40 billion. It is the highest paying professional team sport, so the prize money for winning the 2010 World Cup was $30 million (World’s Most Popular Sport- Most Popular Sports.net). The World Cup can boost a host country’s economy by up to $10 billion.

In comparison, India is the biggest revenue earner in cricket with a value of $2 billion, whilst in basketball, 90% of the money is in the US with a value of $3.3 billion (Bleacher Report – Most Popular Team Sports; by Amrit Dooley, May 7, 2009).

THE APPEAL OF SOCCER

Soccer is older than most other games. Its origin goes back 3000 years to ancient China, and the English developed the modern game in the 19th century. It is easily exportable and has had a long time to spread and develop.

Soccer is very popular because it appeals in many ways to a cross-section of people, rich and poor, men and women, young and old. Let us see why:

In the first place, there are no money barriers. All you need to play is a ball. It can be played on any surface, on the neighborhood street, on the beach, or in the park. It offers hope to poor kids as a means of achieving a better life. And they can play in the sport their heroes play.

Soccer is a team sport so that as many as 22 people can play in one game, which helps to promote team spirit.

Also, it promotes passion and intense rivalries, especially when two teams from the same city play each other (called Derbies) or when national pride is at stake as when two countries compete for dominance in a Confederation.

There is no greater pride than to play for your country, and fans take greater pride in their country when the national team succeeds.

Another important factor is that few countries have another viable sport to rival soccer.

Lastly, it is a good investment, especially if your team goes far. In recent years tycoons from America, East Europe, and the Middle East have been buying up European clubs and investing in the best players. Top-class players help clubs to win trophies and prize money as well as expand their fan base.

According to Yahoo Sports, the English Premier League spent $1012 million on players in the recently closed transfer window, mostly from overseas. Of that, almost $400 million was spent by only four clubs. The Spanish clubs spent $521 million, and of that, $133 million was spent on just one player, Gareth Bale (BPL Leads Europe Spending Bonanza, September 3, 2013).

There are different types of soccer, i.e., futsal or indoor soccer and beach soccer, which add to its favorability. And there is women’s soccer, which has expanded since the 1990s and has World Cup competitions.

All of these factors help to increase the popularity of the game.

Soccer ranks as the most popular sport and is loved by so many people because of its diverse appeal. If a player is good enough, he or she can play for the local club or even the national team when there is national pride involved and at the same time be richly rewarded. Alternatively, one can join in the crazy excitement as millions of spectators do every day when they watch their favorite team and feel the sport’s magnetism as twenty-two players do battle with a ball. That is why the beautiful game is King.