Why Is Silence In fans Important

Fans are something that we cannot live without during summer. They cool us down and help us to survive those scorching Indian summers. Having said so, it is pretty much something that we hardly think about unless there is a need. However, in today’s time, fans are not just for cooling us down. In fact, they have become an integral part of home design and décor these days. And that is where the premium fans come to the rescue. While aesthetics are important to consider, it is also important to check that the fans operate silently and do not make much noise. 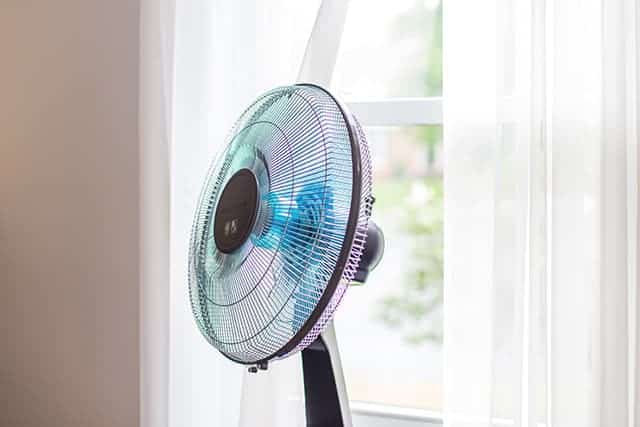 People usually do not focus much on the nose, and it is one of the biggest mistakes they are making. Silence in fans is significant. However, if you are wondering why it is important to have silence in fans, then let us guide you through it:

Article Summary Show
Why is silence in fans important?
Overview of the Orient Aero Series Fans
What do winglets and aerofoil design do?
Top Features Of Orient Aerocool & Aerostorm Fans:

Why is silence in fans important?

We all are surrounded by noise pollution, and there is no doubt about it. And as we are already aware of the fact that noise pollution can damage our eardrums. Hence it is always good to be in a noise-free environment.

However, when it comes to fans, well, most of them make a weird noise. It is usually due to air cutting and, in other cases, displacement or wear and tear. Although the noise may not seem annoying in the long run, it is extremely harmful, and you should get rid of it.

Noisy fans also interrupt while we sleep. Sleeping is one of the essential parts of our lives, and interruptions may cause serious health issues. The older people often get disturbed by fan noise and fail to get proper sleep. Hence, as a result, serious health issues cause them. This is why you should get a silent fan.

Even it causes so many other issues, and it creates a disturbance when you are listening to your favorite music or watching TV. Or having a conversation with someone a noisy fan is a bucket of issues.

However, when it comes to silent fans, the market does not seem to have many options. But thanks to Orient Electric for their Orient Aero Series Fans. You get a noise-free environment along with a premium touch.

Orient Aero Series fans come with an aerodynamical design that focuses on providing high air delivery of 300 CMM while running pretty silently. The highlight of this range is the recently launched Aerostorm and Aerocool premium ceiling fans.

The fans’ aircraft-inspired winglets are designed to minimize the vortex around the fan blades created because of air pressure. As a result, these fams run silently along with a powerful air throw to cool you down. The fans come with a sweep of 1320 mm.

In addition to that, the fan blades are 100 percent rust-free and are made from high-grade glass filled compounded ABS, which offers strength to them.

The fan also comes with a seamless design and a gloss premium PU finish to add to the overall aesthetics. This gives the fans a premium touch.

What do winglets and aerofoil design do?

Orient Electric Aero series fans use the same principle. The vortex usually gets created because of sudden air pressure, and as a result, we get to see vibration on the blade and air. As a result, it generates noise.

But when there is a winglet, it helps the air with a path to flow from a high-pressure zone to a low-pressure zone. Hence the level of vortex gets lowered down to the blades, and you get no noise.

Orient Electric took inspiration from the fans from the aerofoil design of the aircraft wings. Also, the air delivery of the fans depends on the air velocity. This means if the air thrust is high, you will get a high air delivery.

Here is a quick look at the top features of Aerostorm and Aerocool fans:

The fans’ pricing starts at around Rs 4000, which is very reasonable given their design and performance. It is indeed good to know that some brand is paying attention to this latent need for silence.