What’s The Difference Between Medical Malpractice And Negligence?

When talking about medical errors, the terms malpractice and negligence are often used interchangeably, but they don’t mean the same thing in the courtroom. But how do you know which applies to your case? To distinguish between the two, you’ll need to establish several factors. 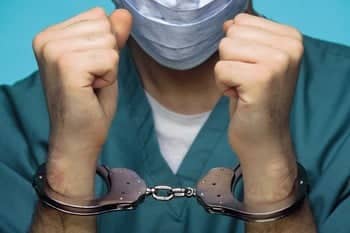 Duty to the patient is one of the prime elements of a medical malpractice suit. It implies that the person involved has the education and professional knowledge to provide the care in question. On the other hand, medical negligence can result from simple carelessness; the individual charged with it needn’t even be a medical professional. Duty is generally one of the easiest aspects of medical malpractice to prove, as any doctor actively treating a patient has a duty to provide the appropriate standard of care. But proving duty is only the beginning.

The next key factor in any malpractice case is proving that the doctor’s outcome was foreseeable in question. For example, every doctor knows what happens if an instrument is left in a body cavity – it can cause pain, infection, and even death. These are foreseeable outcomes, yet surgeons accidentally leave instruments behind about 39 times a week. Such errors may not be discovered for months or years after the incident.

due to medical negligence during his birth and $15.35 million for a child left with brain damage after negligent use of a vacuum extractor during labor. Neither of these cases was predictable like those suffered by Glenford Turner, a veteran whose surgeon left a scalpel in his abdomen during surgery – but they do share something in common: injury.

Injury is another key component of any malpractice case; you can’t argue malpractice with a normal outcome. Though the standard of care can be normal and there can still be injury – 37% of cases aren’t associated with an error – but the reverse isn’t true. Injuries are a common feature.

Negligence often results in injury as well, but as noted above, the injury isn’t a foreseeable one based on the preceding events. When trying to establish a legal claim, lawyers will generally requisition your medical records to determine the sequence of events leading up to an injury, consult with doctors and other medical professionals who can determine the likelihood of such an outcome, and determine whether errors were made or if the injury is a known outcome of the surgery. These factors play a role in determining whether a case is one of malpractice or negligence, or if it has legal standing at all.

We are a litigious society, and at any given time, there are 95 malpractice suits for every 100 doctors. Most of these are dropped or settled out of court, but that doesn’t mean there aren’t valid suits among them. As a patient, you should always consult with a lawyer if you believe you have been the victim of medical malpractice or negligence. They can help guide you in determining whether you have a case and if it meets the standard for malpractice or the lower bar of negligence. You can’t navigate these situations on your own.

Tips to stay healthy through some minimum rules

How to Choose the Best Cosmetic Dentist

Everything You Need To Know About Eczema