The Top 10 Most Expensive Transfer In World Football

The world of Football is big business. To put it in context, the industry is about 20x larger than the well known UK casino industry, even with all of the no deposit free spins they throw at players. Because of this, some of the biggest clubs in the game will spend eye-watering sums of money to make sure they get the better of their rivals.

With that in mind, here are the top 10 most expensive transfers in world football (in £ sterling). 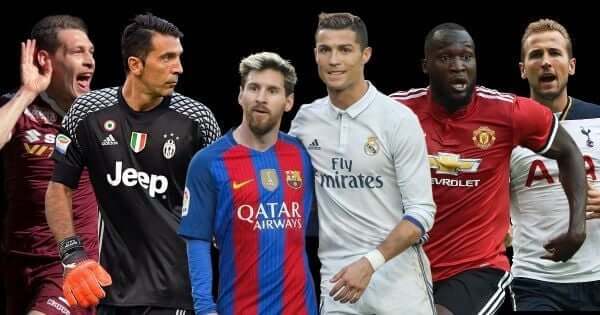 The Brazilian international made headlines back in 2017 when his protracted move to French club Paris-Saint Germain from Barcelona was finally completed. His former employers had inserted a hefty release fee into his contract.

However, one that was meant to ward off potential suitors was no issue for PSG as they stumped up the £198m required to acquire Neymar’s services, and although his spell there has been successful, you get the feeling his talents will be better used elsewhere.

The most expensive teenager in world Football actually moved to his current employers in the Summer that the aforementioned Neymar move took place. However, it was a deal that only was completed 12 months later.

And when you consider the fact that Mbappe has a World Cup winners medal in his possession, it looks like the £120m that PSG paid Monaco looks like worth every penny. The question now is just how long they can keep hold of him.

The second Brazilian international to make a list, this one sees Coutinho fill the gap left behind by his national side teammate Neymar after he departed from the Nou Camp in the Summer of 2017.

Barcelona were long-time admirers of the former Liverpool midfielder, and in January 2018, they finally got their man. After having money to burn to post Neymar, they spent £106m of it on the player who once had a short spell with Inter Milan.

We stay in Barcelona for the fourth entry in the list as the capture of Ousmane Dembele for £97m was perhaps one that surprised many. The French youngster had a solid if not spectacular spell at former club Borussia Dortmund before his move to Catalonia in 2017.

His spell with his new employers has been one that has been stopping, start in nature due to several injuries. However, his start to the current campaign indicates those fitness woes are finally behind him, and he can now show why so much money was spent on him last year.

After letting him depart to Juventus on a free transfer, it must have been slightly galling for the Manchester United hierarchy that they had to spend £89m in 2016 to bring Paul Pogba back to Old Trafford.

Since then, many have argued that he only saves his best for the theatre of international football, a point perhaps solidified by the fact that he helped France win the 2018 World Cup. United fans will hope that he can now show a bit more of that class week in and week out.

This player is so good he makes a list twice; not only that but his second transfer was for more money than that of the first. This Summer saw Cristiano Ronaldo make the headlines again as he called time on his stint at Real Madrid.

£88.5m was the fee that saw him swap Real Madrid for Italian giants Juventus, he may be 33 years old, but with his trophy-winning pedigree, especially in the Champions League, he could end up being worth every last penny, especially if he can deliver that trophy to Turin.

Whisper it quietly, but Gareth Bale may well be pleased that Cristiano Ronaldo has moved on as now he has the opportunity to grab the Real Madrid limelight with both hands, especially as his employers did not get a recognized replacement for the Portuguese international.

It seems as if Bale is the replacement in waiting, and he will now look to finally silence any doubters who question the £86m that was paid for him back in 2013. Should he lead Real Madrid to a fourth successive Champions League this season, then those doubts will be no more.

The second and original entry on the list for Cristiano Ronaldo saw him swap the ‘Theatre Of Dreams’ at Old Trafford for the Santiago Bernabeu back in 2009, soon after Manchester United had lost to Barcelona in the Champions League final.

Ronaldo’s Spanish capital time was certainly a successful one, even if he did have a long-running duel with perennial arch-rival Lionel Messi. However, the £80m spent on him saw a return of 4 Champions League titles and an eventual profit on their investment. Great business by Real, it must be said.

What do you do when a player makes it hard for you to continue your streak of domestic dominance? Well, in the case of Juventus, you quite buy him. Something they did in the case of Gonzalo Higuain.

The Argentine forward was firing in Napoli’s goals as the Sardinian outfit was pushing Juventus as close as they could in the race for the Serie A title. However, £75.3m saw Higuain swap Naples for Turin and only further strengthen this all-conquering Juventus outfit.

The Belgian forward is the second big-money move from Manchester United in recent times. They look to return to the very top of the English Premier League table, which they had not managed since 2013 when Sir Alex Ferguson finally called time at Old Trafford.

The source of goals has been an issue since, one that has been partially solved by the capture of Romelu Lukaku from Everton for £75m. However, the bustling striker still needs to find a more consistent form if United are to return to the summit once more.