The last season, Manchester City confidently won the English Premier League. However, we remember how Chelsea had done the same only one year ago, and after that fell to 5th place in the standings. That is why we can surely say that we are looking forward to the next season. It is extremely difficult to predict the final triumph. 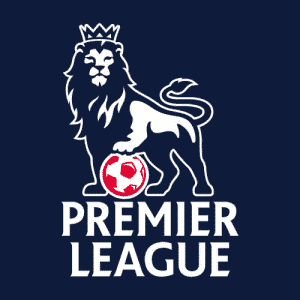 In the 2017/18 campaign, Josep Guardiola’s team quickly had a head start on their competitors. By the middle of the season, the City showed a record winning streak and managed to actually ‘kill’ the champion’s intrigue. The remaining teams could only fight to get into the Champions League zone. As a result, the lucky ones included:

However, Chelsea and Arsenal failed to cope with their tasks. If the Blues managed to rehabilitate themselves at the FA Cup by winning this good trophy, the Gunners ended the season at a record low. As a result, the legendary Arsene Wenger, who coached the team for 22 years, left the club.

The Premier League immediately started with surprises: notorious transfers and coach assignments, the most significant of which is currently an invitation of Unai Emery to lead Arsenal. Let’s see if the Spanish specialist will improve Wenger’s results or if the Frenchman played his cards right.

Main Intrigues of the Upcoming Season

WThe premier league table is always discussed passionately because sometimes teams have equal points, and the judges have to rely on extra factors. e will undoubtedly see incredible intrigue during the title fight in the coming season. Even the phenomenal 100 points that the City scored last season are not guaranteed that Guardiola’s players will be able to repeat their triumph next year.

The main competitors of the Citizens are their neighbors from the United and Liverpool, which has become much stronger. After the Champions League finals, Klopp’s team signed several players to strengthen problematic positions. It is particularly needed for post number 1 since it is obvious that Loris Karius can not cope with the pressure during important matches.

Thus, the upcoming season promises a battle between teams with fundamentally different football styles. That is why it will be even more interesting to watch their matchups. Undoubtedly, we can look forward to seeing a lot of surprises both from the favorites and from the clubs that were considered underdogs.