Mitra Ferdows, a graduate of Business Management from the United States’ Loyola Marymount University and a consultant in start-ups, replied our reporters on the captioned subject as bellow:

Mitra Ferdows stated that studies depict that the failure rate of start-ups is 90% which indicates that a great number of start-ups end in a fail rather than a success. At the first glance when start-up managers plan to start the business might seem a little more optimistic to think the business should definitely go in the right direction which they wish to be. By studying why start-ups fail, one may learn lessons and offer guidance to the potential entrepreneur and this area is not fully accessible compared to the studies that have been done about successful start-ups. There might not be access to data for all start-ups that fail or they would not provide us with the information due to confidentiality of their work or their aspiration to reopen the business in the long run. However, there are great numbers of failed start-ups that have been studied and the reasons why they failed is outlined in this article. The question to be answered is why they fail and what lessons can be learned from failure stories. There are a number of reasons including vague idea with vague business model, failure to build a good team, lack of market demand, leadership and management crisis, poor decision making, lack of the necessary capital, being out competed, contradicting goals and ambitions. 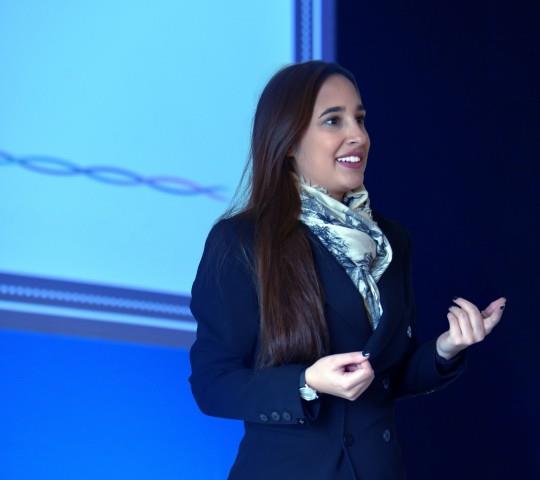 Mitra Ferdows continued that the first and most significant ground that start-ups fail is that they have vague ideas and vague business models. What makes a start-up successful is the actual idea which means it needs to be precise, straightforward and that it needs to be studied for a long time to solve a market problem. Vague ideas would end in vague business models and therefore the continuity of the business would not be ensured. A masterly business model must generate revenue and fortify the business survival. Many businesses fail to propose efficient plans ignoring the demands of the market and thus every step they take would set the seal on a fail instead of success. The reason would lie in the hasty decisions and extreme optimism prior to start the business that might stem in thwarted ambitions entrepreneurs have had for long. Another disregarded key issue that makes start-ups failures is failure to build a good team. It seems to be an easy task at first but when the work starts problems pop up. Mitra Ferdows added that owners of start-ups need organized, goal-driven, and well-motivated teams in place. Many start-ups fail to put together the right team, essential for the success of the business. Some are able to gather technical experts but building a topnotch business team is neglected. It is critical to have an assorted team with different skill sets for any start-up to become successful. Businesses that do not give certain amounts of equity to people, the leaders aren’t aware of themselves, and are not good at conflict management would finally sink in. Mitra Ferdows stressed that in addition to the two above mentioned reasons, here comes one of the most controversial and critical issues in start-up failures to be mentioned lack of market demand. Start-ups with vague ideas and no philosophy to fulfill a market demand are drone to failure. Studies show that 42% of start-ups fail because they do not tend to answer a market demand. Many start-up entrepreneurs work on the technical aspect of their business while neglecting the most important factor to succeed that is the real demands of the market. It is crucial to understand market dynamics and trends in advance to launch a start-up since it provides an in-depth insight of the audience behavior as well as the nature of available competitors. Start-up owners seem rather to focus on what interest them instead of what needs to be given to the market therefore they fail to profit and in the end they fail. Mitra Ferdows reiterated that the next ignored issue is that start-up specialists are mostly specialists in the area they have worked so far and the lack necessary managerial skills which mean how to manage the market, the team and so on and so forth. They lack leadership qualities and that must be another key factor which causes start-ups to fail. Poor decision making comes next among factors that fails start-ups. This means many of them fail to balance what needs to be prioritized which entraps the company’s vulnerability and a fail comes next. The snap, rapid, right and wrong nature of making decisions all will have a negative impact on the success or failure of the business if not carefully examined and thought of which will cause opportunities to slip away.

Mitra Ferdows concluded that the final failure reason of start-ups to be considered here is lack of necessary capital. As the final outcome of a start-up is to earn substantial profit, raising capital is one of the most grueling yet problematic issues to many businesses at large. Entrepreneurs do not start a business to fail; however, sketchy access to working capital and other financing options is a principal contributor to a business’s lack of success and ultimate failure. The fact is that lack of enough working capital emerges from a low credit source and lacking strategies to borrow from traditional financing sources while many would argue that operational issues affecting cash comes in and out of the business also matters.

Overall, all businesses, be it a start-up or a conventional run business, if employers fail to plan then they will plan to fail. Learning from businesses mistakes, taking demands of the market into consideration and prioritizing what efficient teams will do are the keys to stop a start-up from future failures.

The Company Collective - 7 Tips For Planning a Successful Networking Event

Why Analytics Systems Should Be an Important Part of Your Business