The Role of Laryngeal Mask Airway in a Caesarean Delivery

The laryngeal mask airway (LMA) is a supraglottic airway device, with its first use dating back to 1988. British Anesthesiologist Dr. Archi Brain initially developed it as a method for elective ventilation in the operating room. Today, it is widely used in emergency settings, especially as an important accessory device to manage a difficult airway. 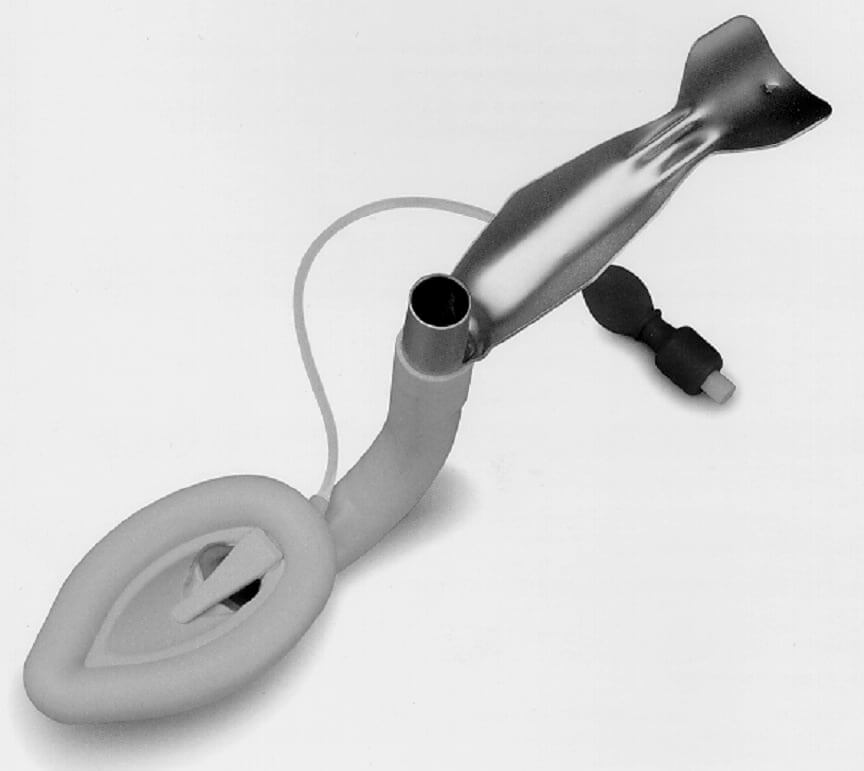 The shape of a Laryngeal Mask Airway is similar to a large endotracheal tube. It has an airway tube that is adjoined with an elliptical mask using a cuff. This cuff could be self-sealing or inflating (inflated using a syringe of air after insertion is completed). It is made to sit in the patient’s hypopharynx to cover the supraglottic structures, hence isolating the trachea. After it is inserted correctly, the mask actively takes the shape of the bodily anatomy.

The LMA is popular for its advantages over tracheal intubation. It aids easy insertion, higher success rate, and lesser hemodynamic stimulation. Additionally, it is also an essential rescue device, often-even life-saving in the management of difficult airways. LMA provides oxygenation and ventilation when tracheal intubation is not possible. In other words, it has proved to be a successful rescue device in situations of “cannot ventilate/ intubate.”

Use in Caesarean Sections

Laryngeal mask airway is widely used in case of many forms of failed intubation, including cesarean sections. Today, many doctors see second-generation LMAs as their preferred choice for difficult airway situations that may arise during surgery. Many patients, too, have shifted their choice to LMA for its widely known efficiency and safety features. Obstetric patients are generally at a higher risk of facing a difficult airway; most failed intubations occur during emergencies. Complications caused by airway block are among the most major reasons behind anesthesia-related fetal morbidity and maternal mortality.

This is because the airway’s physiology takes a unique form when pregnant – with increased intra-abdominal pressure, reduced esophageal sphincter pressure, and delayed gastric emptying leading to a ‘full stomach.’ As a result, the patient may face the risk of aspiration and regurgitation when administered with general anesthesia for a cesarean section.

As compared to the facemask, the laryngeal mask airway allows the chance to attain, secure, and retain a patent airway during general anesthesia. LMA is administered beyond the tongue. This forms a firm seal with the laryngeal inlet such that upper airway obstruction is most likely avoided. As the airway is maintained, the chances of oxygen de-saturation are fewer compared to a facemask. In comparison to an endotracheal tube as well, the anesthesia required to administer the LMA is lesser. There have also been observable differences in how people respond to the LMA when waking up from anesthesia. It is comparatively well tolerated, with lower chances of hyperactive respiratory occurrences – this includes breath-holding, coughing, laryngospasm, etc. Since the LMA does not impinge on the vocal cords or trachea, it further minimizes complications otherwise caused by intubation. Issues such as postoperative hoarseness or soar throat are also lesser reported with LMA than the endotracheal tube.

LMAs are suggested for patients who are faced with complete upper airway obstruction or are unable to open their mouths. If the patient is suspected of having suffered a cervical spine injury, positioning the head in a sniffing position should be avoided. Additionally, it must be noted that localized trauma in the upper airway or nerve palsies may occur. Just as with other advanced airways, there is also a risk of pressure lesions in the airway. In case the LMA is incorrectly placed, obstruction or laryngospasm may be possible. It is thus essential to verify the placement of the LMA by listening for bilateral lung sounds, like how the placement of the ET tube is checked. The Littmann cardiology 4 stethoscope is a reliable pick for this test.

In today’s Internet age, accessibility to information regarding uses, advantages, and administration of laryngeal mask airways has become easier than ever. Shopping for medical equipment online is now not only convenient but also reliable and cost-friendly. Online retailers such as Smart Medical Buyer have emerged as a one-stop solution – from finding out laryngeal mask airway price to making a purchase, everything can be easily done with the click of a button.

The LMA has presented several advantages over other alternatives when analyzing its role in cesarean delivery. It is not only associated with lower chances of complications but is also treated as an important rescue tool in case of emergency.

The laryngeal mask airway (LMA) is a supraglottic airway device widely used as an important accessory device to manage a difficult airway. The LMA presents several advantages over other alternatives when analyzing its role in cesarean delivery. It is not only associated with lower chances of complications but is also treated as an important rescue tool in case of emergency.

Check out the facilities offered by Best maternity hospital in Bangalore

Baseball's Recovery from the Steroid Era

5 Benefits Of Visiting A Chiropractor