Football season has finally arrived. College football has been starting up over the last few weeks, but the NFL season is now upon us. All 32 teams have visions of grandeur coming out of training camp. 31 of them will eventually fall short of the ultimate goal of winning the Super Bowl, but the season should be a fun ride regardless. 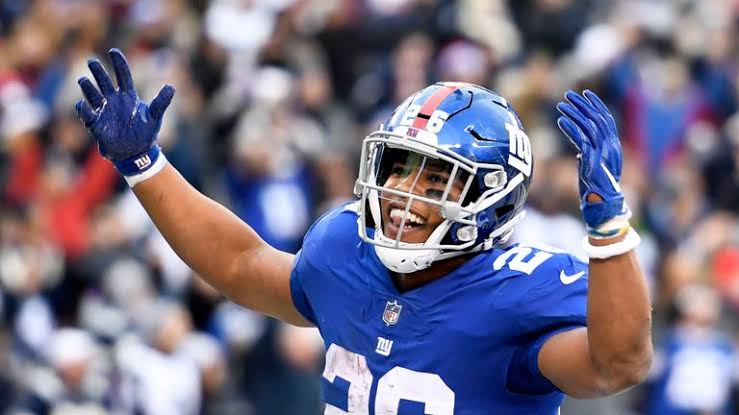 Most legitimate sports betting sites have the New England Patriots listed as odds-on favorites to win another Super Bowl. Considering New England has won six championships in less than 20 years, that’s hardly a surprise. The Patriots were coming off of yet another title last season, and as long as Tom Brady and Bill Belichick are together, this team will be among the heavy betting favorites.

While another Patriots championship would hardly come as a surprise, I’m going to go on the record and proclaim that New England will not win back-to-back Super Bowls this season. In fact, the Patriots won’t even make it to the NFL’s championship round in 2020. Below are four bold predictions ahead of the new NFL season.

Thanks to their incredibly weak division, the Patriots have cruised to a whopping 10 consecutive AFC East titles. The Jets, Bills, and Dolphins have been routinely hapless in their collective pursuit of New England, which has essentially gifted the Pats an easy path to the playoffs every year. This, of course, is a big reason for the Patriots being listed as one of the favorites, seemingly year-in, year-out.

However, the Patriots’ run has to come to an end at some point. While I’m certainly not going to go out on a limb and say that Brady suffers a massive decline this season, I do feel comfortable predicting that they won’t even make it to the conference title round in 2020. New England has played in the AFC Championship Game in each of the last eight seasons.

That run will come to an end. The Pats were lucky to skate past the Kansas City Chiefs in last year’s AFC title game, and I think this is the year we see Kansas City get over the hump. Patrick Mahomes put up one of the most prolific seasons in NFL history a year ago, and it’ll be exciting to see what he can do for an encore. The Chiefs will be one of your AFC Championship Game participants.

The other representative in the AFC Championship Game will be the Houston Texans. The Texans made the controversial decision to trade Jadeveon Clowney before the season. Still, Houston also loaded up by nabbing an All-Pro left tackle in Laremy Tunsil from the Dolphins. The team also fortified its receiving corps by landing Kenny Stills in the same trade. Now, with Deshaun Watson pulling strings offensively, the Texans appear to have one of the most explosive offenses in the league.

Houston-Kansas City will be your 2020 AFC Championship matchup.

This one may not seem all that bold considering the way this offseason has unfolded for Antonio Brown. Brown essentially forced his way out of Pittsburgh last season, and he eventually landed in Oakland via trade. Brown came down with frostbite on his feet early in training camp, which cost him plenty of practice time. The former Pro Bowler has also made a stink about his preferred helmet style no longer being allowed by the league. He has filed a couple of grievances with the NFL in an attempt to get his old helmet cleared, but he failed both times.

Now, Brown appears to have gotten himself in more trouble. The receiver reportedly got into a verbal confrontation with Raiders general manager Mike Mayock over the team’s decision to fine Brown for his exploits during the preseason. The exchange got so intense that Brown reportedly challenged Mayock to punish him further, and the GM was up to the task. Now, Brown is expected to face suspension.

ESPN’s Adam Schefter reported that some around the league wonder whether the Raiders would be interested in suspending Brown in an attempt to void his $30 million guarantees from the team. That would effectively end his time with the franchise without Brown having stepped foot on the field to play a down in a real game. Considering the way the bridge seems to have been burned, it feels safe to say that Brown may find himself out of Oakland before ever playing a game for the Raiders.

New Orleans Will Miss the Playoffs

The Saints came close to making it to the Super Bowl last season. New Orleans’ hopes were dashed following a collapse in the NFC Championship Game against the L.A. Rams, marred by referees’ questionable missed call that may have gotten the Saints over the hump. Instead, it was another early postseason exit for New Orleans.

The Saints had one of the most prolific offenses in football last season, but they may have missed their chance. Drew Brees isn’t getting any younger, and the NFC as a whole looks downright stout. The Saints certainly have enough talent to establish themselves as one of the conference’s premier teams once again, but they will fall short of their goal this season.

The division, in particular, is extremely tough. All of Carolina, Atlanta, and Tampa Bay have improved on paper this offseason. Frankly, it wouldn’t be a huge surprise if the Panthers and Falcons were the NFC South’s playoff representatives this year. New Orleans can sneak into a Wild Card spot, but that playoff disappointment may well linger over the team heading into the new season.

The Panthers Will Win the Super Bowl

Yes, the Carolina Panthers will win Super Bowl LIV. Carolina started last season 6-2 before Cam Newton came down with an injury that effectively ended the team’s playoff hopes. Christian McCaffrey has emerged as one of the most dangerous do-it-all backs in the league, and Newton has a decent receiving corps at his disposal.

Carolina also boasts a fearsome defense, headlined by star middle linebacker Luke Kuechly. The Panthers plucked Gerald McCoy out of Tampa Bay, and there don’t appear to be any legitimate holes on either side of this roster. The Panthers have enough quality talent on defense to go toe-to-toe with some of the game’s best offenses, and I think Newton is good enough to win a Super Bowl.

The Panthers will be your Super Bowl champions in 2020.