The Wine Route of Tenerife, a trip for wine lovers.

Did you know that the Canaries are home to some of Europe’s oldest vines?

Wine has been produced in the Canary Islands for over 500 years. It was a popular beverage with European royalty in the 16th century, and even Shakespeare references a “cup of canary” in his play Twelfth Night.

Tenerife produces the bulk of the Canary Island’s wines – particularly those that are exported – and is the only island with more than one much-coveted D.O. (Denominación de Origen). There are over 70 bodegas on the island, with many cottage industry producers. Contemporary winemakers favor local grapes, and it is the combination of these grapes, volcanic soil, and high altitudes that make for some unusual and fantastic wines. 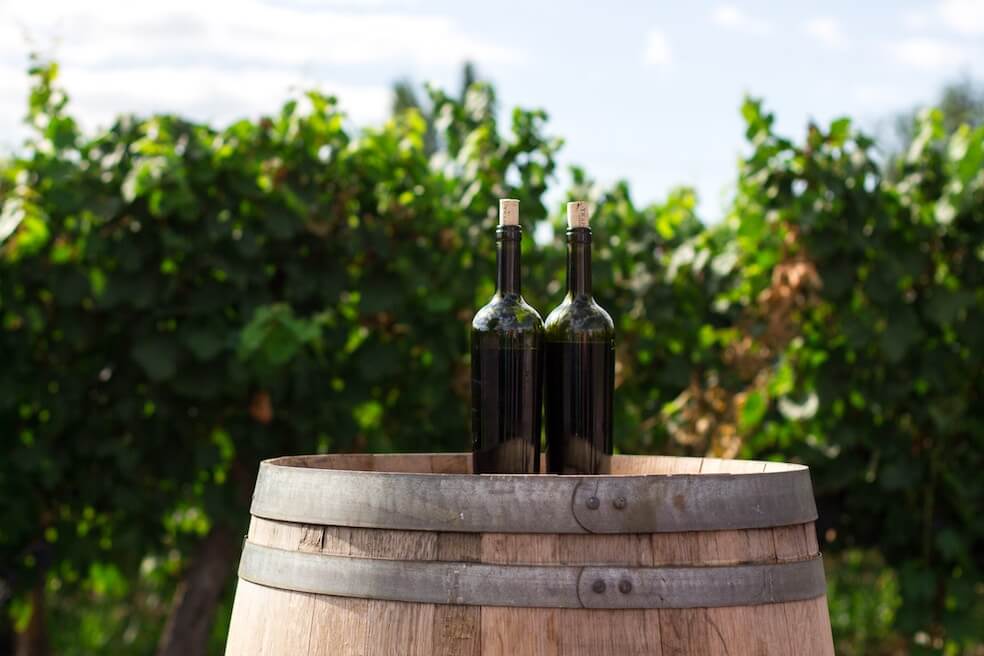 The quality of wine has steadily improved to the point where Tenerife wines regularly pick up awards at prestigious wine awards.

Many of Tenerife’s vineyards are on the fertile slopes of the island’s volcano, Mount Teide, which is also Spain’s tallest mountain, so it’s best to start your trip to the northern part of the island.

The town of Tegueste has the unique distinction of being surrounded by San Cristóbal de La Laguna’s municipality as if it were guarded like a treasure. History has it that in this land of vineyards, the Augustinian and Franciscan monks settled in the town that encouraged grapevines’ cultivation to provide for their needs during the Eucharist. Over the centuries, Tegueste has forged its own identity, producing smooth and delicate reds for drinking all year round, as well as fresh, aromatic, and complex whites. You mustn’t miss the Farmers’ and Craft Market in the town of Tegueste, a sample of the area’s new farming culture where you will be able to deal directly with the producers themselves and purchase some of their acclaimed wines and beautiful handmade goods.

After leaving Tegueste, the route heads towards Valle Guerra on the TF-16. This town in La Laguna is home to the Casa de Carta, the Island’s anthropology museum. You’ll find several wineries and “guachinche” taverns throughout this area where you can sample the “country wine,” made by local farmers using traditional methods.

Tacoronte is just a few minutes’ drive away. This town encompasses much of the area’s commercial activity and can be practically surrounded by vineyards. The wine tradition is so deeply rooted here that the area boasts one of Tenerife’s five Designations of Origin. Tacoronte-Acentejo. The wines made here have delighted even the most demanding palates, earning them a string of awards wherever they go. We recommend you take any of their bottles home with you. And don’t leave until you have visited Tacoronte’s Plaza del Cristo square and the rest of its historical sites.

El Sauzal is a beautiful town that stands atop a majestic cliff and is home to the Island’s Vine and Wine Museum-House (Casa Museo Insular de la Vid y el Vino). This museum, entirely devoted to wine, guards some of the most prestigious bottles—a highly recommendable visit for wine-lovers. You will discover the area’s lively and aromatic whites and mature, highly-reputed reds.

The Honey House (Casa de la Miel) can also be visited in El Sauzal. There, you will learn all about the process of extracting and producing the Island’s beautiful honey. Tenerife’s wealth of plantlife has enabled it to create unique honey with rich flavors that you will not find anywhere else in the world. After a fine glass of wine and spoonful of honey, we recommend a walk around the town. After all, it is one of the most scenic towns on the Island.

You will find La Matanza and La Victoria’s towns not far from here, in the Acentejo region. Their names, meaning “the slaughter” and “the victory,” evoke the battles fought between the local Guanche people and the Spanish conquistadors in the 15th century. Continuing on the same road, you will come to Santa Úrsula, a municipality with deep-rooted customs, tasty cuisine, and some distinguished wines for you to enjoy in its various wineries and restaurants. Do stop by Pío Bodega in La Matanza; their wines won a couple of golds at the San Francisco International Wine Competition a few years ago.

Whether it’s your first time on Tenerife or already living on the island, discovering Tenerife via the wine route is a wonderful way to admire the scenery and learn more about the culture.

You’ll realize how much Tenerife has to offer: year-round sunshine with fabulous beaches, mountains, and deep gorges. There are quaint harbors and small villages for those seeking tranquillity or culture and vibrant nightlife in Santa Cruz de Tenerife’s capital.

Many have fallen in love with this beautiful island and decided to make it their home by acquiring real estate in Tenerife.

Time To Check In With Your Resolutions

What Millennial Guests Want From Your Wedding

Don’t drop while you Shop

8 Things to Take Care of for Efficient Event Planning