Video Game Translation: Is It Worth It?

Unless you’ve been living under a rocket for the past two decades, it’s quite hard not to notice the gaming industry’s enormous size and the international video game community. From mobile gaming apps, console gaming (including handheld consoles), and PC gaming, video games are undeniably a part of 21st-century life.

Due to the video game community’s vastness, every game developer wants even a crumb of the market share. But if you’re looking to grab a whole slice or more, then it’s best to consider translating your game by getting in touch with a professional translation agency.

If you want to learn more about how translation and localization play an irreplaceable role in the video game industry, take a look at this post to enlighten you further. Ultimately, translating your game means you have the chance to share your creation and the stories you made and enrich the gaming experience of video gamers all over the world. 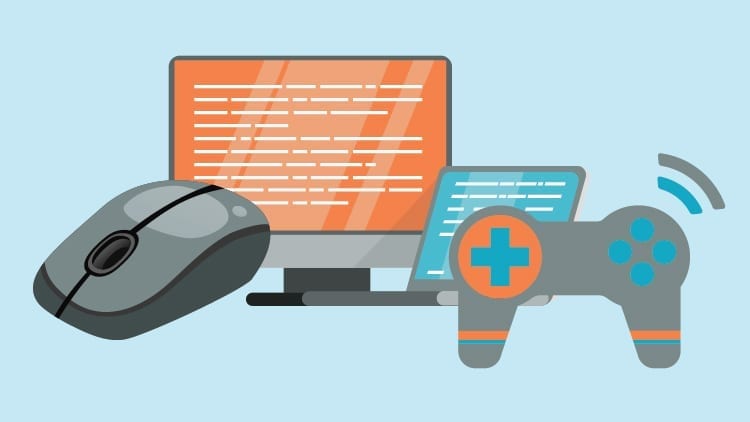 Article Summary Show
Why Should I Translate My Video Game?
Hiring a Professional Translation Agency
What is Game Localization and Why Should It Matter?
A. Cultural Preferences
B. Social Norms & Local Laws
1. English
2. Chinese (Mandarin)
3. Japanese
4. Spanish
5. German

Why Should I Translate My Video Game?

Try to think back and remember the classic titles in video games that wouldn’t have been so well known in video game history if their developers didn’t consider translating their video games.

Japanese game developers have owed their success by translating their games and making them available to gamers worldwide. You and everyone also happen to grateful to the Japanese game developers that your childhood consisted of playing time-honored classic titles such as Mario, Legend of Zelda, Final Fantasy, Metal Gear, and much more.

But is translation really that simple? Since we’re in the context of something as complicated and resource-intensive to create as a video game, then accurate and quality translation is what you need and nothing less.

The game is riddled with awkward lines, but none is more notorious as the line “All your base belongs to us.” The line was so ridiculous that it is now an eternal part of internet meme culture. It’s not exactly the type of recognition that any video game developer wants. Still, Zero Wing was a perfect game, but it’s a shame that its English translation wasn’t held to the same standards as the other parts of the game by the developers.

As mentioned earlier, you only want the most accurate and quality translation work for something as complex and resource-intensive as a video game. Even if you’re an indie game developer and you have a limited budget, it’s still a good idea not to rely on simply online translation tools such as Google Translate or Microsoft Translator.

Instead, it would help if you looked into hiring a professional translation agency. They coordinate with translators with native-speaker skills to ensure quality and accurate translations. As stated earlier, in the beginning, the translation industry is very much a big player in the video game industry.

Before you begin your video game translation process, it’s important to know which assets you will translate so that your translation agency will take note of everything. This includes translating text files, translating embedded images, and translating audio if your game features dubbed audio.

You must know which files need to undergo translation because there will be some situations where some translation work might alter the experience and gameplay entirely for that specific language version.

Translation agencies don’t just deal with translation. They offer specialized services solely for the video game industry, namely video game localization. Read further down below to know how essential localization is to the entire video game developing process and video game experience for its target audience.

What is Game Localization and Why Should It Matter?

Localization is essentially adapting content, products included, that is suitable for your target audience/market. It’s a strategy that is applicable in many industries, including the video game industry.

A properly localized game must consider various factors for it to resonate well with its target audience. Here’s a short but crucial list of factors to remember when starting your game localization process with your chosen translation agency;

Generally speaking, each culture and society differs in terms of what they like and dislike. When doing your market research process, note that language market’s cultural references such as pop, traditional, and even aesthetic (colors, images, illustrations).

Essentially, you’d want to make your game resonate well with your target audience by providing them with references that are familiar to them.

Compared to the previous section, taking note of your target market’s social norms is more of a proactive approach. Every culture and society has its own set of societal rules and taboos to either display or mention.

In select countries, some social norms have become enforceable through the law. It’s situations like these that you’re way better off by paying attention to it and not taking any unnecessary risks.

A good example is the Wolfenstein series, particularly Wolfenstein II: New Colossus, released in 2017. The game actually features two versions; one for the international market and one specifically for the German market.

The game is set in an alternative world where Nazi Germany is victorious in World War II, and the player character must brave and navigate the world under Nazi domination. The German edition of Wolfenstein II is a censored and heavily altered version that features no Nazi references such as swastikas and everything else related to Nazi Germany.

The German version also features a mustache-less Hitler and is actually never referred to as ‘Hitler’ or even ‘the Fuhrer’ but only ‘the Chancellor.’ Depending on your video game’s genre, you won’t normally encounter situations like these. Still, it’s best always to play it safe and pay attention to your target market’s relevant local laws.

Prioritize your professional translation needs: Which languages should you consider?

All the figures cited below are based on Newzoo’s Global Games Market Report 2019. Here’s a list of the top lucrative gaming markets to help you decide which language/s is the most optimal choice for you.

In 2019, the US market alone gained $36.9 compared to their neighbor Canada which only had $2.8 billion in revenue. There are also strong market figures in the U.K., United Kingdom, and even in emerging countries with English-speaking populations such as the Philippines and India.

The English and Chinese markets are actually neck-and-neck in global video game industry growth and revenue figures. In 2019, China is currently in 2nd place, with the US’s 1st largest video game market.

The biggest video game company in China is Tencent and is actually the world’s largest video game company. The Chinese market is simply the largest on account of its population and the rising number of Chinese video gamers. Even though China has many dialects, you can use standard Mandarin as your game’s Chinese translation and use simplified Chinese as your writing script.

Everyone knows that Japan has a robust video game culture and is home to pioneering video game corporations such as Sony, Nintendo, and Bandai Namco. These Japanese corporations really have no trouble translating and exporting their games worldwide, but it isn’t quite the same the other way round.

The Japanese market is considered one of the toughest localization challenges due to the Japanese’s unique linguistic, cultural, and social characteristics. Coupled with the vibrant local video game industry, it is tough for foreign video game developers to attract the Japanese gaming community unless they’re the video game giants.

Doing Japanese translation properly is also challenging as they have three writing systems: Hiragana, Katakana, & Kanji (Japanese variation of Chinese characters). You can also write Japanese with the Latin alphabet by using romaji, although it’s not exactly a working writing system. It’s best to stick with the three Japanese writing scripts instead.

Even though the Spanish market doesn’t command strong market figures such as the American and Chinese market, Newgoo actually classifies Latin America as the fastest-growing video game market globally, with an overall regional growth rate of more than 10% in 2019.

This signifies a huge potential for the future gaming industry and establishing a foothold in the Spanish market, particularly the Latin American market. Coupled with the huge Spanish-speaking diaspora in America, the Spanish market is a prime market for video game developers.

However, the Spanish market also presents its own translation and localization challenges. Since the Hispanosphere is far-reaching from Spain to North America, the Caribbean, & South America, they all don’t speak Spanish the same way.

With that in mind, you have to make sure that your Spanish translation uses the peculiar vernacular and terminology prevalent in your chosen Spanish country. Don’t forget to include cultural and social references that resonate with that particular target market most effectively.

Being the economic powerhouse of Europe, if you want to establish a foothold in the European market, it’s best to start by providing German translation in your game since there are plenty of German-speakers in countries neighboring Germany.

Germany has the largest video gaming revenue in all of Europe of $6 billion, even bigger than the U.K’s video game revenue worth just $5.6 billion. But of course, if you want to expand to the rest of Europe, you can’t ignore other major European languages such as Russian, French, Spanish, and Italian.

Should Every Video Game Need to Be Translated?: Final Takeaway

Now that you understand the comprehensive and undoubtedly lengthy process in video game translation and localization, you might be wondering if it is all necessary, considering that you have a limited budget.

This depends on you and your team’s priorities as video game developers, the genre of your game, and how much those video game genres are in demand in certain markets. For example, fighting games are a big hit in Japan but not so much in Europe, while sports games such as football have bigger success in Europe and Latin America than the US market.

The video game community is indeed a hard bunch to please. Even photorealistic graphics is not enough to win them over if the gameplay is bad, the translation is awful, and the localization process was done poorly. With an increasingly diverse and growing gaming community, properly translated and localized games have become the standard for video game developers.

Gaming Keyboards - Why Are They Confusing?