It has been more than 50 years since the first automated teller machines were installed in London, England, and in that time, they have completely revolutionized how we bank. Where getting cash was once something that needed to be planned out and done during business hours, we now take for granted that hard currency is available at the closest bank branch or convenience store at any time of the day or night.

Since it was first debuted, the ATM has rapidly become the preferred method of banking. As touch screen technology has made them even more sophisticated and responsive, they have reshaped how banks interact with their customers. Tellers now handle less than 50% of deposits, and banks have used the expanded time and energies of their employees to focus on offering more services. While most people still primarily use ATMs to deposit and withdraw money, as the quality of touch screen technology improves, banks are exploring expanded uses for ATMs to make them capable of meeting an even wider range of customer needs. 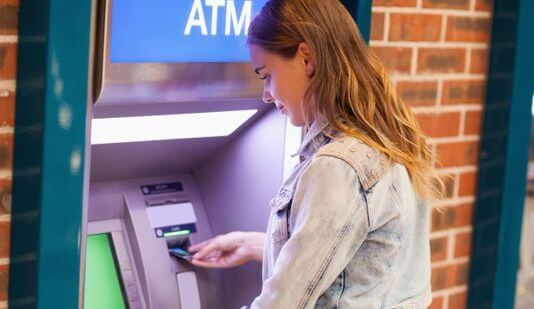 As those who follow news about touch screen tech probably know, one of the most important developments in the sector has been improvements to touch screen durabilit in recent yearsy. New, more rugged touch screens like A D Metro’s ULTRA Resistive touch screen open up new possibilities for ATMs that can withstand huge amounts of environmental stress.

The ULTRA Resistive screen uses a patented durable borosilicate glass surface that is resistant to scratches and abrasions as well as being water and chemical proof. Where standard resistive screens rely on a traditional polyethylene surface, the ULTRA Resistive glass screen provides an added degree of toughness while still allowing the screen to be interacted with using any pointed object. This means they can be operated using gloves or with a stylus as well as bare fingers. ULTRA Resistive screens are the most durable on the market today and are the touch screen of choice for a range of industrial and military applications.

It is not difficult to see why this new touch screen technology is having a major impact on ATM design. Thanks to multi-touch technology, ATMs can now act more like smartphones and other portable electronic devices, capable of being programmed to fulfill a number of sophisticated tasks. When coupled with ULTRA Resistive touch screen technology, the next generation of ATMs can make seamless banking possible at any time, just about anywhere.

The development of the ATM has had a positive impact on the lives of millions of people around the world. Because ATMs allow us to bank and live more flexibly, they free up valuable time for regular people. Because they give bank employees time to focus on other kinds of customer service, they help drive further innovation in the financial sector. As advancements in touch screen technology improveATMs’e ruggedness and durabilits, they are sure to create even more efficiencies for banks and their customers.

How to Create an Online Press Room