How the Entertainment Business Has Changed

The entertainment industry has seen major changes in 2020 in response to Covid-19 and enforced restrictions. Countless productions and projects have been postponed, canceled, or restructured, and the future is still less than certain.

The industry may be on hold for the moment, but adaptation and evolution will prevail. We’re watching in real-time how entertainment is surviving and thriving during this challenging period. 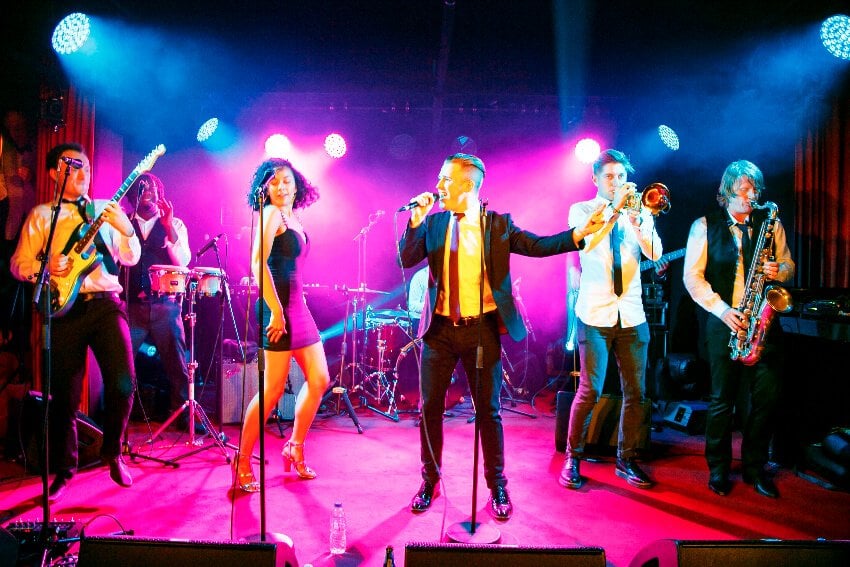 The demand for quality films, music, and television remains higher than ever, but production and distribution have seen some drastic shifts. Here’s what has changed so far and what to expect moving forward.

Article Summary Show
Movie Theaters Adjust
The Future of Blockbusters
Streaming Service Takeover
Socially Distant Productions
Below are some of the precautions being taken on set in 2020:
Giant Toll on Musicians

In light of the current pandemic situation, movie theaters have taken a bit hit, with many hundreds of venues shutting down across the world. Theaters were already struggling to survive in the 21st century, and the outbreak could have been the final straw.

Although some theaters are open and allow socially distanced viewing (25 people in a room versus 200), profitability is not ideal. Will movie-goers be eager to get back into the theater seats once the pandemic is over, or is the big screen officially a thing of the past? We’ll likely see new types of viewing configurations and unique personalized experiences when theaters return.

The Future of Blockbusters

So far, many studios have been playing the waiting game, waiting for theaters to reopen before they release their films. Others have released blockbusters to streaming services at premium costs, with mixed results. Marketing, pricing, and access will likely change for these Hollywood heavy-hitters as things develop.

Streaming services like Netflix, Amazon, and Hulu have been recorded in 2020, given the captive audiences worldwide. These companies had already enjoyed steady gains and membership, but this year has taken things to unimaginable new heights.

Due to these streaming services’ massive influence and popularity, production companies and creatives must consider structuring new agreements and strategies to benefit from the trend.

Quarantines and lockdowns forced studios to pause or cancel productions earlier in the year, but things gain traction once again in some industry segments.

As productions slowly start back up, current regulations make it more difficult for staffers to find production gigs – and make filming and recording a more tedious process than ever.

Below are some of the precautions being taken on set in 2020:

There is a scarce opportunity for musicians to profit from live performances at the moment, forcing them to monetize their talent in other ways. Streaming services give musicians a decent revenue stream, but most musicians’ income comes from live concerts.

We’re seeing musicians host live events on social media, become more engaged with fans on digital platforms, and spend more time on creative projects in the studio and beyond.

The effects of 2020 on the entertainment industry may last for years, so keep a close eye on these developments. We are watching entertainers, managers, and studios navigate experimental strategies as we enter a new way of living.

Look to industry innovators like Mark Gillespie to see how the future of music, TV, and film will unfold to meet the world’s changing demands and obstacles.