The Walmart-Flipkart deal, which is making a buzz these days, is sure to encourage the battle of Indian e-commerce, a two-way game between Amazon and Walmart. Amazon’s big-ticket investment and Walmart’s acquisition plan would be tested in their race toward winning the Indian market. 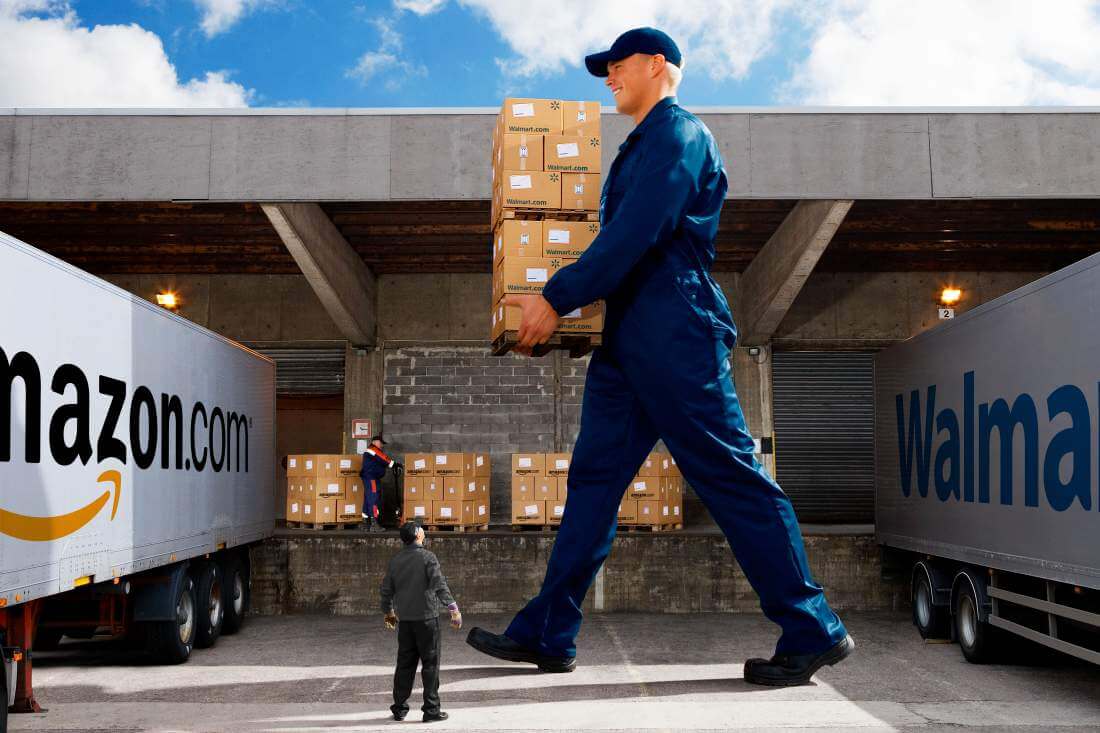 Article Summary Show
Click to avail of exciting Amazon coupons.
Google adds strength to Walmart.
Amazon’s Investment and strategy can create issues.
All to watch for

India’s billion dollars’ worth of retail and e-commerce market makes a good reason for Walmart to fight it out of their skin, especially when you consider their slow progress in India even a decade after they entered the country. On the other hand, Amazon is desperate to cut in the Indian market considering their defeat in the Chinese market.

Amid this battle of supremacy, concerns are raised regarding the development of India’s innovation-led internet economy, and the fear of it becoming a digital colony is also making rounds in the discussions.

With Google on its side, Walmart has the advantage of partnering with a Global player with experience handling cut-throat competition. Common intentions and desire for stakes in the Indian market make Google a natural partner of Walmart.

Talking the other way around is the story of the enemy’s enemy being one’s friend. Walmart’s move to invite Google to hold minority stakes in its Flipkart acquisition plan is in line with Google’s India policy. Google and Amazon face each other as platforms for fulfilling shoppers’ needs. The former does it through ads and search, whereas the latter utilizes its e-commerce platform. In that sense, partnering with Walmart is a good move on Google’s part to take down Amazon in the Indian market.

Though Walmart and Google’s partnership looks stronger, with its India winning strategy and big-term investment, Amazon would not be far behind in the contest. However, acquiring an established brand in the face of Flipkart gives Walmart an edge. However, it can’t nullify the competition that Amazon puts.

Amazon’s strategy has a blend of thinking globally but acting locally. Its ground research of the Indian market, the study of the Indian internet economy’s needs, and customer choices make it a tough contender to beat. Besides, Amazon’s commitment to R&D can be highlighted by the fact that its second-largest development center outside the USA lies in Bangalore, India.

With investment plans of up to $ 5 billion backings, its strategy Amazon has got a secured and practical capture India policy. Walmart, which has been fighting it out with Amazon in the USA, would utilize its experience with JD.com in China to tackle Amazon’s India policy.

All to watch for

The interesting setup of Walmart-Amazon’s cutthroat competition in India is all but a game to watch for players domestically and internationally.  Firms looking to make inroads in the Indian internet economy would manage this batith closand ely and say it would be too early to predict a winner when the action is evenly balanced. It would be all to care for competition before an undisputed winner can rule the Indian e-commerce market. Till then, it is making assumptions and predicting the future course of action is all that can be done.