Four of the Most Interesting Things to Come from England

There have been many great things that come out of England over the centuries. Many have become so ingrained in our everyday lives that we take them for granted, like the tin can or cement. We find it difficult to imagine what life was like before these innovations.

Inventions such as the steam engine and the electric telegraph would eventually lead to improved travel and communication methods, paving the way for the future we now live in (still waiting on the flying cars).

Authors such as Alan Moore, Neil Gaiman, and, of course, J.R.R Tolkien have become such legends in the literary world. They have given us superheroes and supernatural worlds to enjoy, histories and tales of races and wars to be enamored of.

This article will take a look at some of the most interesting things to come from England. 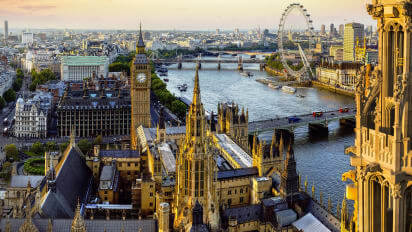 The first broadcast of moving pictures into a boxed device was back in 1925 by John Logie Baird. He was able to transmit images at a rate of 5 frames per second. Within a year, he was able to double the transmission rate to 12.5 fps, an incredible feat for a single year’s worth of development!

If you were to watch something at this rate today, you would see lots of flickers, like an eye blinking. And you would be very bored with it quickly. The frame rate by current standards is between 24 and 30 fps for movies, while video games transmit at 60 fps.

Without television, we would never have had some of the greatest shows and British movies in origin. Doctor Who began its run in 1963 and remained a staple to this day. Its popularity has spread to all corners of the globe. Game of Thrones would never have been translated into a visual form, and would not have become so popular, were it not for television!

Sterling silver was discovered and used as a form of currency in England around the same time that the Germans discovered it. Both cultures appreciated sterling silver for its natural beauty and were fond of combining it with the other precious metals used to mint coins.

Sterling silver eventually became big for making beautiful pieces of jewelry, ornaments, and elaborate tableware reminiscent of the 1800s. This alloy metal was used in hospitals and doctor’s offices until the middle of the 20th Century, before the medical profession began switching to the trade’s plastic tools.

Health and fitness have become a major lifestyle craze over the past 20 years. The obesity brought on by sedentary lifestyles and ignorance is being combated by a desire for change, a desire to stay healthy. Some of the ways people are doing this are by exercising and eating right. Fast food is being traded out for organics while working in an office no longer means you have to stay seated all day.

Along with these crucial aspects of leading a healthy life, people supplement their diets with vitamins to account for anything they are not getting enough. Vitamins were first discovered in 1912 by Frederick Gowland Hopkins. His discovery of “accessory food factors” led to establishing dietary guidelines that, although constantly changing as new information becomes known, the world uses to live longer, healthier lives.

This one may be surprising considering the technology of the day. Developed by another Scotsman in 1843, the Electric Printing Telegraph was designed to transmit images over telegraph wires. While others tinkered and improved upon the original design, Alexander Bain’s concept allowed for the first successful fax transmission, back in 1846.