According to new research — a whopping 80% of employees eat lunch at their desks; many believe that it is beneficial for employers to provide their workers with meals at no charge. Especially as doing so provides a whole host of benefits to employers, such as increased worker productivity and morale and increased bonding between employees.

Employers can be rewarded with significantly better job performance by giving their employees healthy and nutritious meals to eat every day. Providing meals does this in the following three ways: 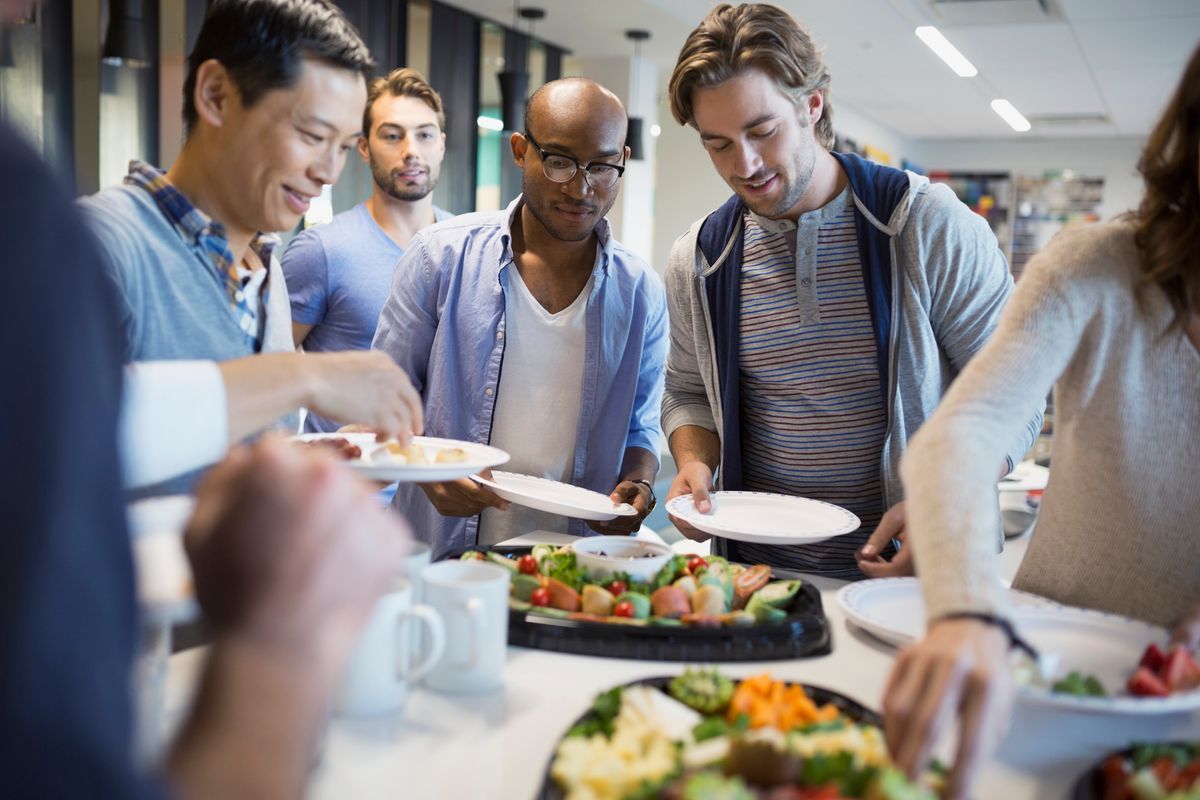 By Creating a Culture Centered Around Eating

Many companies spend money to build a stronger corporate culture and a better team. They do this by implementing such things as team outings and by going on company retreats. But a far simpler and less expensive way to do this is by providing meals. Eating meals, some people believe, can be a form of social activity during which employees can interact with each other and engage in ways they would not normally do. Providing meals also allow people working in different company areas to meet and build relationships.

Companies can help their employees bond and become a better team by providing meals through foodservice. According to the World Health Organization, a healthy lunch can increase brain activity afterward by as much as 20%. This means workers will accomplish much more work than normal, especially more than they would do after eating unhealthy foods that people often eat when under time constraints, namely fast foods.

By Using Breakfast To Power Up Their Employees

While data suggests that most companies do not provide their employees with free breakfast, those who do can reap all sorts of benefits. This is because breakfast helps people get off to a good start in the morning. Providing free breakfasts also helps bring employees to work earlier, as they do not have to buy or prepare breakfast themselves.

The lack of breakfast can greatly decrease productivity and cause people to lose focus. What’s more, a company-purchased breakfast can provide workers with a big burst of caffeine and nutritious foods to eat, such as bananas, avocados, and oatmeal. These foods are loaded with, among other things, Vitamin B, which can give workers more energy and improve their concentration. These foods can also replace the junk foods many normally eat for breakfast, such as doughnuts, which are well known for their ability to cause sugar crashes in the middle of the morning. Also, by providing breakfast free of charge, those who typically do not eat breakfast have no more excuses for missing it.

In conclusion, increasing worker productivity does not always require high-tech means. It can be accomplished by doing something as simple and low-tech as providing workers with food.

5 Great Gifts for Someone Who Has Everything!

ARRANGING MOVE WITH YOUR FAMILY