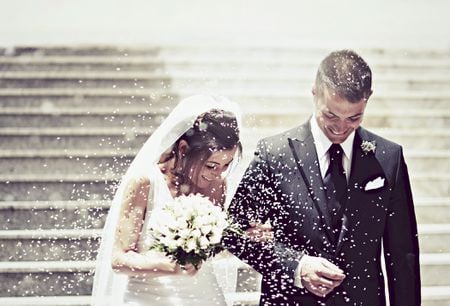 According to a recent survey, the number of unmarried cohabitants has suddenly instead in the last 10 years. Don’t worry; this number is going to increase in the next few years. The government is actually worried about the increased number because the number of issues is getting raised with the increasing number of unmarried cohabitants as everything has to as well as cons. Similarly, cohabitation also has some positives as well as some negatives. So, it is important to learn about both. Let us start!

Cohabitation basically means when two people live in the same house and performing sexual activities with each other without performing any matrimonial ceremony. Cohabitation is basically of two types, i.e., it can be between homosexual people and heterosexual people. I know you might be confused between marriage and cohabitation. The only major difference between the two is, marriage is a written agreement between the couple, but cohabitation does not involve any written agreement. In today’s advanced world, almost all countries have cohabitants. All the people have variable opinions; some consider marriage as respectful and longer-lasting, whereas some want cohabitation as a superior way.

Article Summary Show
The positives of cohabitation include;
They share liabilities, and both can live their life on their own terms and conditions.
A good option to know your partner closely
They can decide whether they will live with each other for their entire life or not.
You can find that your living habits are compatible or not.
An effective way to learn about chores and responsibilities
An ultimate way of knowing the future or what exactly the marriage would be

The positives of cohabitation include;

Cohabitation can be considered as an economical means of living with each other. In this, the couples live with each other and spend on particular things. If you are unable to pay the expenses of marriage, this can be the best alternative. In this way, you can present yourself as a married couple to the world. It is tough to get separated from your marriage partner, but you won’t find difficulty in separation if you are in cohabitation. Cohabitation is basically the mutual understanding between the couple. They can easily separate from each other at whatever time they feel like. In the case of marriage, if you want to get separated from each other, you have to deal with matters legally, whereas you don’t have to deal with legal issues in the case of cohabitation.

A good option to know your partner closely

If you want to buy any product, you would love to test it. Similarly, if you want to test your partner closely before marriage, you can go for cohabitation. In this, you would be able to examine each other very closely. So, you can call it a Test before marriage. This is the only reason for the increasing number of cohabitants. According to a recent survey, the incidence of divorce cases has been suddenly increased, whereas the incidence of cohabitants is suddenly increasing. As per a recent survey, about 60-70% of adults strongly agree that cohabitation is the best easy to know your partner closely.

They can decide whether they will live with each other for their entire life or not.

You can find that your living habits are compatible or not.

Do you know what exactly the difference between a marriage and a relationship is? The major difference is that you have to accept your partner’s living habits if you are married, but you can or cannot accept your partner’s living habits. Though it does not seem a major issue before getting married, once you are married, these small problems can easily convert into major issues—for example, a disturbed sleeping schedule. Imagine you sleep at 10:00 pm in the night, but your partner sleeps at 11:50 pm in the night or comes after partying with friends so that this small problem will cause you many problems by the end.

An effective way to learn about chores and responsibilities

As we have already discussed, there is only a small difference between marriage and cohabitation, i.e., the written agreement. If you want to get married to your partner, you can exactly trace how the marriage would be and how you will have to deal with future problems. In this way, you can ask your partner to be near me with the cohabitation.