Axe Throwing Is Perfect for Literally Any Party

It seemingly came out of nowhere. One day, you hear about the new sport, and then next it’s everywhere – new facilities are popping up, celebrities are talking about it, and it’s even a regular feature on late-night television. But unlike similarly explosive fads that came and went (looking at you, Harlem Shake), ax throwing has enough genuine intrigue and genuine fun to give it real staying power. 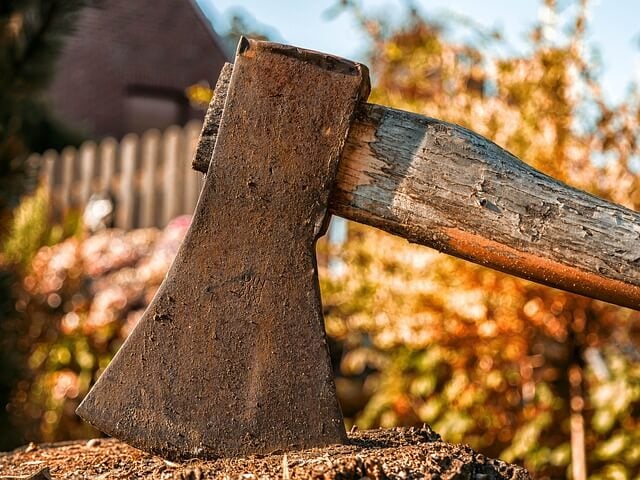 It also helps that it makes for the best party. Any party. Like bowling was in the 1970s, ax throwing is a good fit for just about any modern party you want to throw (wakes excluded, of course!) If you don’t believe it, check out the following ways to easily incorporate ax-throwing into your next party.

Ax throwing has become pretty popular with bachelor and bachelorette parties, for a good reason. Friend groups tired of the same old bar bachelor party, who want to shake things up and make the night exciting, have been turning to ax throwing to fill that role.

When you book ax throwing for your bachelor party, you get a private lane, instructions on throwing an ax, and then some private time to compete with one another. That spirit of competition (and looking completely badass) is what sets ax-throwing apart from other, plainer bachelor/bachelorette ideas – plus, it’s incredibly Instagrammable.

Okay, so it’s a little cheeky putting the “divorce party” entry right after the bachelor party entry, but divorce parties are a thing, and they’re happening more and more. When you think about it, ax throwing makes the perfect venue for them. You get to vent some frustration by throwing a weapon and watching it splinter into a wooden target. Plus, it’s a pretty liberating feeling.

For much the same reason it makes a terrific bachelor party, it makes a terrific birthday party. Especially if it’s a surprise party, the relatively inconspicuous location of most ax-throwing facilities, coupled with the size of the space itself, makes for the perfect “Surprise!” moment.

No one wants to suffer through another boring trust-fall exercise. Those typical corporate team building games are not only uninteresting, but they might actually work counter to the goal of teambuilding since they foster a sense of group apathy. On the other, ax throwing, on the other, is engaging, and, through the process of communal skill learning and lighthearted competition, it brings the team together. Plus, it’s good for any age or fitness level, meaning that it’s inclusive.

Finally, ax throwing just so happens to evoke the stereotypical lumberjack image, decked out in flannels and overalls, chopping down pines. This makes the game in keeping with the Christmas season. Have your friends (or colleagues, as the case may be) dress in ugly Christmas sweaters and overalls and take turns throwing axes. The winner gets their pick of the presents!

It’s pretty cool how versatile this new sport can be. Ax throwing may have come out of nowhere, seemingly overnight, but you can’t deny it’s an awesome activity to have around.