AVG Antivirus: Protect your Android Device before the next Ransomware affects it

We all heard about the Ransomware computer virus that is taking over the world by storm. The reason why it grew so much is the lack of security in the Windows platform. Though Microsoft has updated the security patches in Windows 7,8, and Windows 10, it seems like a bit too late. Mobile operating systems like Android, iOS remain safe because of the strict security. Still, there might be a time when someone will find a way to crack even those strict security protocols, so the wisest thing to do is being on your guard regarding your Android smartphone’s security by installing antivirus applications.

There are a lot of antiviruses available when it comes to Google Play Store, and a lot of them are developed by the creators of the antiviruses from Windows platform like Kaspersky, McAfee, Avast, AVG, etc. while we are on the subject, most of these antiviruses doesn’t offer full functionality in the free version. AVG Antivirus App is an exception here, and oh boy, what a treat it is for Android users.

AVG Antivirus app is one of the most feature-rich antivirus applications for the free versions of antiviruses. AVG is a well-known and trusted name in computer security solutions, and it is undoubtedly one hell of an Android Antivirus available in the market is that it is completely free to download. Yes, it does come with a PRO version, which would let you do even more, but given that it initially is a free application, you might not find yourself switching to the PRO version. 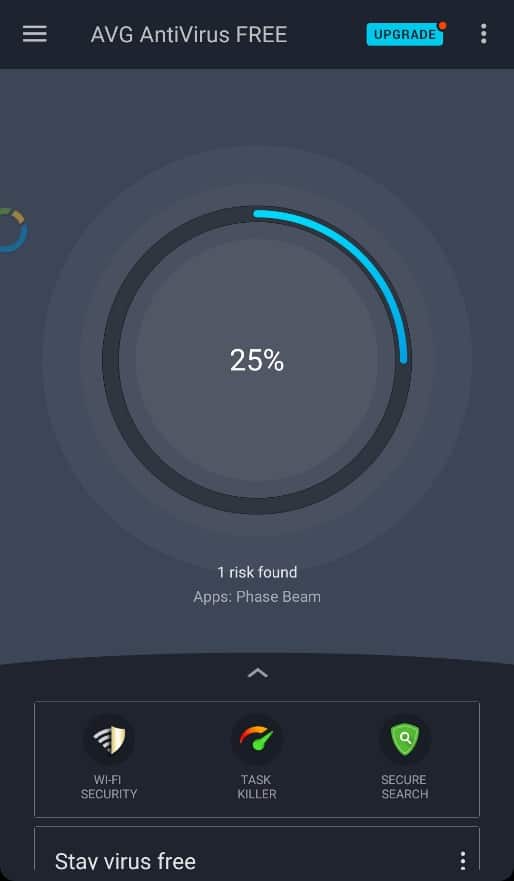 Every antivirus’s main purpose is to scan the device for threats and help users fix them or remove them from their device. But security protocols may differ from one application to another. When it comes to AVG Antivirus App, things get interesting here as AVG doesn’t only scan the most obvious folders of your device but also takes into consideration all the folders of your device, even those which are hidden, which makes this application insane and a must-have at the same time. 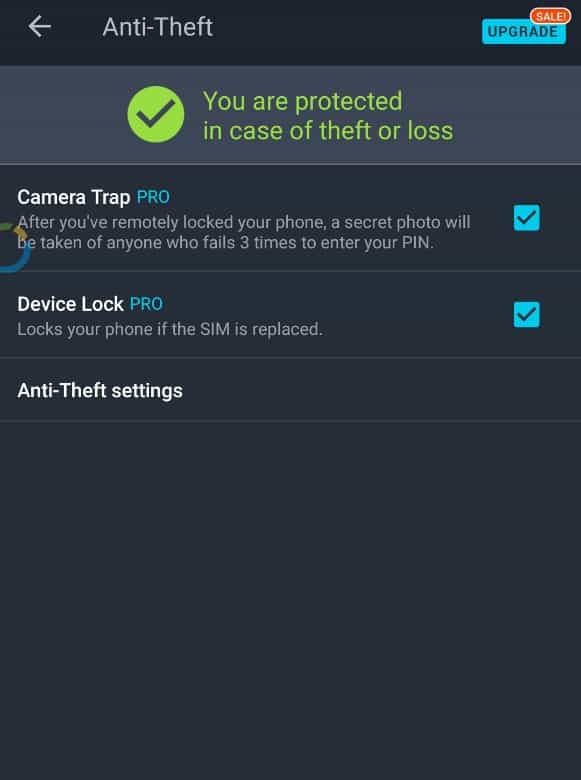 Another reason to download this App? Well, this will make you cling more towards the AVG Antivirus App as it offers one of the best anti-theft features you can find, and that too for free. You can not only track your phone wirelessly when you misplace it but also set up amazing features onto it. For example, if your device gets stolen, you can track it with ease by logging into your AVG account from any desktop or mobile application. Still, you can also set up the ‘Camera Trap’ feature, which would click the picture using the front camera when there are 3 consecutive failed attempts of unlocking the phone, hence making it one of the best free Android security options.

Call blocking is another bonus of the AVG Antivirus App as it lets you block calls easily, and you can even set a message that the caller will receive whenever he/she tries to call you.

AVG Antivirus App even lets its users set up App Lock. They can set passwords for different applications, which means no one can open the protected application except the user. Another excellent feature is the Vault, which is a password-protected folder suitable to hide your sensitive data like pictures, documents, and much more.

Tips on how to communicate better

Why Chatbots Are The Best Solution For e-Commerce?

Web Host Security: How to Create a Safe Hosting Environment?