5 unusual places to visit in Cyprus

If you’re looking to visit Cyprus, but want to avoid traditional tourist traps, then check out these obscure locations for a unique trip.

As these locations are spread out across Cyprus, be prepared to travel if you want to see them all – it’s worth it. You can do this via public transport, but you might find it easier (and potentially cheaper) to hire a car. You can find car rental companies online with an office in Paphos and Larnaca (like BookingCar Europe), which can save you up to 50% on your hire car. Look here for more info.

This was once Cyprus’s central airport, but since 1974 it has lay abandoned after workers and tourists fled during a military coup. Now, the airport is right in the middle of the UN-controlled demilitarized zone, and the facilities have been left to the elements. Still, it makes for an incredibly creepy looking time capsule and inspiration for any dystopian fiction you want to write. 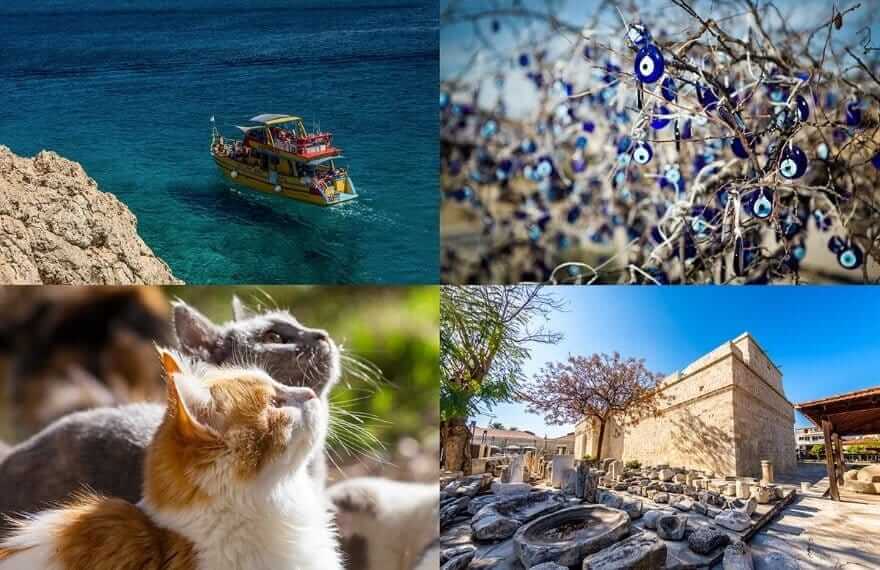 Holy Monastery of Saint Nicholas of the Cats

If you love cats, you won’t want to miss this incredible attraction, where hundreds of cats roam the grounds. Legend has it that when the monastery’s construction began in 327 CE, a terrible drought caused venomous snakes to multiply on the island, scaring off builders and locals. Saint Helena, who was Cyprus’s patron, imported 1,000 cats from Egypt and Persia and trained them to hunt the snakes. Once the snakes were gone, the monastery could finally be built, and the cats flourished, even becoming an unofficial sub-breed known as the Cyprus Cat.

In 1983, the snakes returned, so the nuns brought in more cats and vowed to take in strays to honor the cats’ service over the centuries.

Tombs of the Kings

This UNESCO World Heritage site is the last resting place of many senior government officials and aristocrats between the 4th century BCE and the 3rd century CE. Still, its name is slightly misleading as no kings are thought to be buried here. These elaborate tombs were carved out of solid rock, and the dead were often buried with ceramics that allows archaeologists to date them.

In a side street in central Larnaca, you’ll find a free museum that offers a fascinating glimpse of what healthcare was like before the advent of modern medicine. After you’ve seen the ladder used to treat neck and hip dislocations or the stone “phallic” items used to cure hysteria, you’ll be grateful to live in the 21st century.

If you believe in happily ever afters, you won’t want to miss the Fairy Tale Museum in Nicosia, where magic comes to life in the middle of the demilitarized zone. Housed in a Grade II listed building, this museum aims to preserve fairy stories, myths, and legends from Cyprus and other countries globally, through rare books, artwork, and interactive exhibits in secret rooms. It’s great for kids and the young-at-heart.

Wherever you go in Cyprus, immerse yourself in the culture and try the traditional Cypriot cuisine. It’s a country best enjoyed through a local’s eyes.

Where to Travel in March