10 of the Most Inspirational Sporting Stories

The news may often be full of doom and gloom, but there are plenty of inspirational stories from the world of sport that have given us reason to hope, dream, and aspire for something more. Here are some of them: 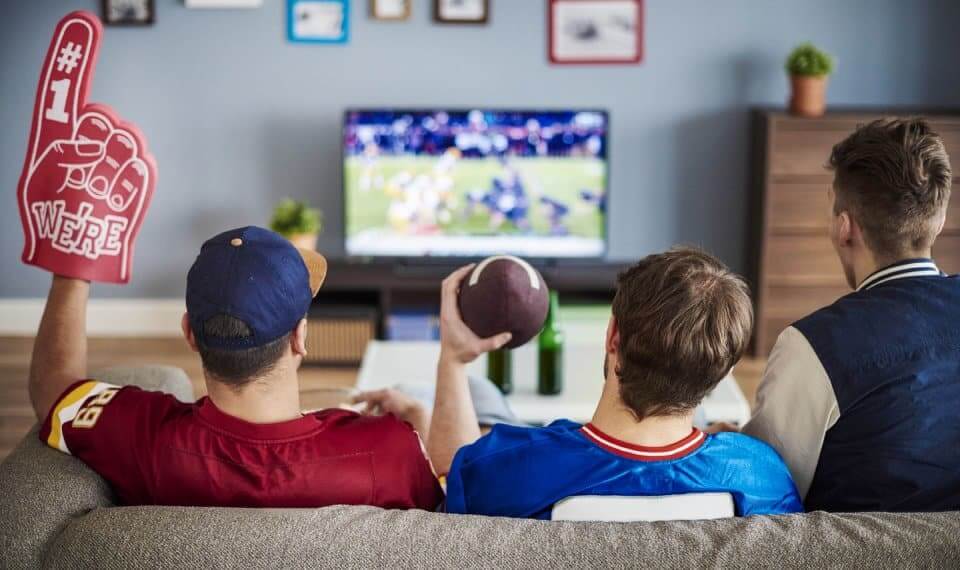 Jesse Owens: A Race Against Fascism

Regarded as one of the most famous athletes of all time, the story of how Jesse Owens embarrassed Nazi Germany was one which shook sport. A sprinter of African American descent, Owens didn’t cower from the games despite a hostile reception. Instead, he stepped out at the Olympic Stadium, Berlin, amid racial slurs and extreme prejudice, with a mission to exact his own vengeance on Hitler’s fascist regime.

Nazi propaganda was awash with alarming cries of the so-called ‘Aryan race’s racial superiority and Africans’ inferiority. To the delight of many, the sprinter came away with four Gold medals in the Games to send the Fuhrer into a fit of fury.

Following five years of intense fighting, Cote d’Ivoire’s qualification for the 2006 World Cup was to signal the end of the country’s civil war. It was Chelsea and Ivory Coast footballing legend Didier Drogba who would be the catalyst for peace.

Enjoying god-like status in his home country, Drogba made a heartfelt plea to the Ivory Coast people to stop the fighting following their World Cup qualification. After falling to his knees and begging for an end to the war, his call was answered less than a week later on national television. Drogba’s intervention led to a Peace Agreement being signed. He said of his success:

“Nothing will ever stop helping win the battle for peace in my country. I am so proud because today, in the Ivory Coast, we do not need a piece of silverware to celebrate.”

“I represent more than Syria. I represent millions around the world” were the words of Syrian refugee turned Olympic athlete Yusra Mardini. Growing up in war-ravaged Damascus, Mardini immigrated to Berlin, where she continued to chase her Olympic dream.

She was selected ahead of the 2016 Rio Olympic Games to represent the team of refugees. At the Olympics, she won her heat to finish 41st out of 45 entrants, but Mardini’s triumph against all odds and its impact makes her story such an overwhelmingly positive one.

Famous triathletes Alistair and Jonny Brownlee provided us with one of the most iconic moments in sporting history at the World Series Finale in 2016. With just 700m left and with a commanding lead, Jonny Brownlee fell victim to heat exhaustion. Staggering and unable to continue the race alone, Alistair Brownlee helped drag his brother to the end of the race, pushing him over the line to claim second place. An unbelievable moment that encapsulated sportsmanship, brotherly love, and loyalty has made the duo some of the most exciting sports motivational speakers worldwide.

‘Nothing is impossible as long as you work hard is the motto of the inspirational Olympic Table Tennis champion, Ibrahim Hamato.

Hamato lost his arms in an accident as a child. As a passionate player, a young Hamato tried holding the bat under his arm after his arms were amputated. The practice didn’t work out, and thus, Hamato learned to play with the bat in his mouth.

Not only did Hamato manage to revive his dream of playing his beloved game, but he would also go to the highest level, competing in the Paralympic games for Egypt.

From one seemingly impossible feat to another. Having spent the 2014-15 Premier League season avoiding relegation – little was expected from Leicester City in the 2015-16 campaign. Touted by many to avoid relegation but do precious little more, The Foxes shocked the world when they went from 5000/1 outsiders to champions in 38 amazing games.

Leicester proved where togetherness could take a team, From Vichai Srivaddhanaprabha’s smart investment, Claudio Ranieri’s pragmatic management style, Wes Morgan’s leadership, and its goals Jamie Vardy to the fast supporting cast of Shinji Okazaki and Marc Albrighton building counter-attacks, the saves of Kasper Schmeichel. The future player of the year, I had Mahrez pulling strings and a solid backline shepherded by dynamic defensive midfielder Kante – Leicester could battle off competition from Tottenham Hotspur Arsenal to win a remarkable Premier League trophy.

Irish American boxer James Braddock earned the nickname Cinderella Man. Why? Because of his remarkable rags to riches story. He went from poverty-stricken scrapper to heavyweight boxing champion of the world.

After turning professional at 21 years old, big things were expected from Braddock. After knocking out Tuffy Griffiths, he was touted for the top, and he almost made it early on in his career but lost out to Tommy Loughran, fracturing his right hand in several places in the process.

The damage to his hand would plague his next 33 flights, as it would fracture time and time again. He eventually gave up boxing to work on the docks. Crucially, he was unable to use his right hand and began lifting with his left. He returned to the ring to beat the biggest hitters in boxing, including Heavyweight Champion Max Baer. He finished his career with 51 victories from 82 fights, and his inspirational story of overcoming adversity inspired a hit movie starring Russell Crowe.

Dame Kelly Holmes was always highly rated in athletics. As a young runner, Holmes had two dreams; to represent her country in the army and to become an Olympic champion. After showing considerable potential as a runner at school, Holmes opted to pursue a role in the army. There she worked her way up through the ranks, from a lorry driver to Physical Training Instructor. She won events at both the men’s and women’s games at the Army Olympics due to her incredible abilities.

Holmes was becoming one of the best women’s athletes globally, winning at the Commonwealth Games and European Championships. But her goal of becoming an Olympic champion still eluded her due to a miserable series of injuries.

Athens 2004 represented Holmes’ last chance saloon. She sourced all the support she could for the tournament, changing her training, diet, and recovery plan. And who could forget Holmes storming past the competition in both the 1500m and the 800m to win two remarkable gold medals finally and achieve her dream?

Few sportspeople have inspired such dramatic change in a sport as Graeme Obree – better known as The Flying Scotsman. Obree was a true innovator and sensational sportsman who overcame adversity to see his dream into reality.

Obree was enamored with the World Hour Velodrome Record since he watched Francesco Moser break it in the 1990s. He later said: “It was the ultimate test – no traffic, one man in a velodrome against the clock.”

After three suicide attempts and his bike shop’s failure due in most part to his long-suffering Bipolar Disorder, Obree decided his way out was to give the velodrome record a shot. And that he did.

Obree made his first attempt at Moser’s record on 16th July 1993 – he failed, falling short by a kilometer. He then spent the night drinking ‘pint upon pint’ of water and stretching throughout the night. By 7.55 am the next morning, he was ready for a second shot. The difference he said was his mental state. ‘The day before, I had been a mouse. Now I was a lion,’ he said before setting a new record of 51.596.

Obree’s influence stretches beyond his velodrome efforts as his homemade bike and riding style later served as the blueprint for all that followed.

One Night In Istanbul

If you are looking to see the impact of a fanbase first hand, look no further than Istanbul. Liverpool found themselves 3-0 down at half-time in their biggest football match for over a decade, against a vastly superior AC Milan side featuring Andrea Pirlo, Andriy Shevchenko, Paolo Maldini, Kaka, and Clarence Seedorf.

Perhaps proud of their team’s dramatic journey to the final or hopeful of the unlikeliest turnaround, Liverpool fans began a spine-tingling rendition of the club anthem, You’ll Never Walk Alone, during halftime. The club’s manager Rafa Benitez and club captain Steven Gerrard both helped channel this incredible show of support during rousing half-time speeches to inspire Liverpool to one of the greatest sporting comebacks of all time.

Gerrard scored in the 58th minute, and his celebration showed that he believed in another outcome. This resonated throughout the team, and twelve dramatic minutes later, Liverpool was level at 3-3. A last-minute double-save in extra-time from Liverpool goalkeeper Jerzy Dudek took the game to penalties. He was once again the hero as Liverpool completed a remarkable comeback.

You can find hundreds of motivational speakers like Steven Gerrard at Champions Motivational.